Their sales went up after duty cut, but govern­ment revenu­es fell
By Our Correspondent
Published: May 30, 2018
Tweet Email 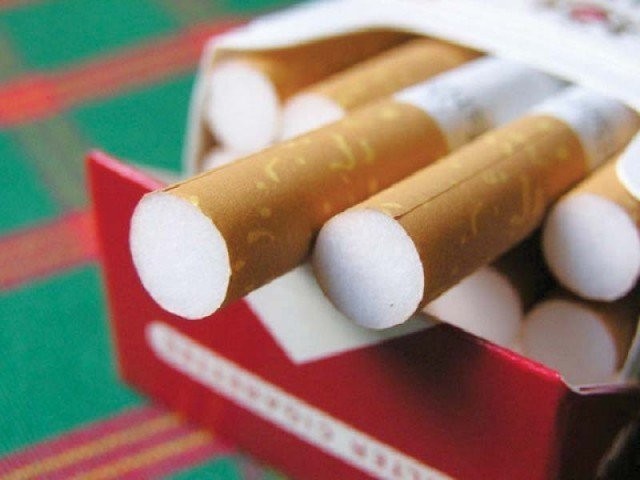 Their sales went up after duty cut, but government revenues fell PHOTO: TRIBUNE

ISLAMABAD: In a major development, the National Accountability Bureau (NAB) has initiated probe into Rs33 billion worth of benefits achieved by cigarette manufacturing companies with a change in tax structure.

The Public Accounts Committee (PAC), in its meeting held on May 23, had also recommended a Supreme Court-led investigation on the basis of a special report prepared by the Auditor General of Pakistan on the causes of decline in tax collection from the tobacco sector.

After the introduction of a third tier in the tax structure in May 2017 by the government, major industry players shifted their famous brands to the lowest tax slab and sold cigarettes with 50% reduction in federal excise duty, which enhanced their sales, but government revenues plunged, according to the audit report.

Against the previous two-tier structure, the Federal Board of Revenue (FBR) introduced a new tier where the federal excise duty was 50% lower than the lowest previous rate. The FBR did not place restrictions on shifting from the second highest slab to the lowest one that gave Rs32.9-billion benefits to cigarette manufacturers, according to the report.

“We have already taken up the matter and initial investigation has started against cigarette manufacturers,” NAB Rawalpindi spokesperson Muhammad Bilal told The Express Tribune.

He said NAB would take two months to verify the record and around four months in investigation under a set procedure.

Pakistan has a large number of tobacco users. About 11.6% of the population or 24 million people of 15 years and above are smokers.

The World Health Organisation (WHO) and other world bodies recommend that 70% of the price of cigarettes should constitute federal excise duty in order to discourage smoking.

However, the FBR kept in place the third duty slab on cigarettes in the budget for upcoming fiscal year 2018-19 while setting aside recommendations that had called for restoring the previous two-tier duty structure in order to make cigarettes expensive and discourage its consumption due to excessive health risks.

Ignoring recommendations of the Ministry of National Health Services, the National Assembly Standing Committee on Finance and the PAC chairman for increasing the excise duty to Rs44 per pack of cigarettes, the FBR raised the duty by only 96 paisa in the Finance Bill 2018.

According to the Finance Bill 2018, the FBR has increased excise duty by 6% for the first slab that amounts to Rs4.48 per pack, 6% for the second slab that translates into Rs2 per pack and only Rs0.96 for the third slab.

Pakistan is a signatory of the WHO Framework Convention on Tobacco Control and under the treaty the country is bound to increase taxes to bring down tobacco consumption.