Step taken follow­ing direct­ive of PAC that took notice of Rs30b loss to excheq­uer
By Our Correspondent
Published: May 8, 2018
Tweet Email 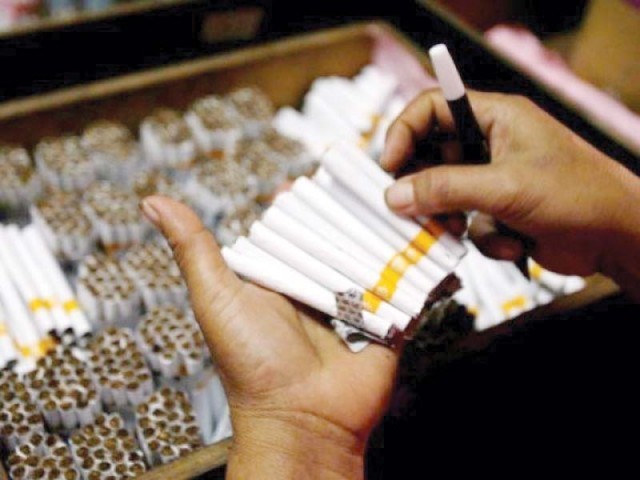 Under the special audit, inspection teams will collect data of the cigarette industry to determine actual production levels in the country. PHOTO: FILE

ISLAMABAD: The Auditor General of Pakistan (AGP) has initiated a special audit of multinational cigarette manufacturing companies following detection of billions of rupees worth of revenue loss.

The audit has been undertaken on the directive of the Public Accounts Committee (PAC) – a key parliamentary monitoring body.

Earlier, PAC had taken notice of ignoring its proposal for scrapping the third slab of federal excise duty in the budget for next fiscal year 2018-19 as that duty structure had pushed down cigarette prices and revenue receipts from the industry.

It also summoned chairman of the Federal Board of Revenue (FBR) and officials of the finance ministry in a meeting held on May 3.

In the huddle, PAC Chairman Syed Khursheed Shah asked them about introducing the lower duty slab for the cigarette industry that caused a Rs30-billion revenue loss to the national exchequer.

He blamed the FBR for cheaper cigarettes in the country and called the multinational companies as its main beneficiaries. Shah also noted that smuggling of cigarettes had also been going on unchecked since 2014.

Now, under the special audit, inspection teams will collect data of the cigarette industry to determine actual production levels in the country. An AGP team will also focus on tax evasion by the cigarette manufacturing companies.

When reached for comments, AGP spokesperson Adeel Javed acknowledged that directive had been issued for initiating a comprehensive audit of cigarette companies. “We will fully comply with the directive of PAC for the audit of the cigarette industry,” he said.

Contrary to recommendations of different authorities, the FBR had kept in place the third slab that increased excise duty by only 96 paisa per pack of cigarette.

The Ministry of National Health Services, Regulations and Coordination, National Assembly Standing Committee on Finance, Senate Standing Committee on National Health Services and PAC chief had called for restoring the previous two-slab mechanism in the Finance Bill 2018 in order to raise the excise duty to Rs44 per pack and discourage cigarette consumption.

According to the latest Finance Bill, the excise duty has been increased by 6% for tier-1 that comes in at Rs4.48 per pack of cigarette, 6% for tier-2 that amounts to Rs2 per pack and Rs0.96 per pack for tier-3.