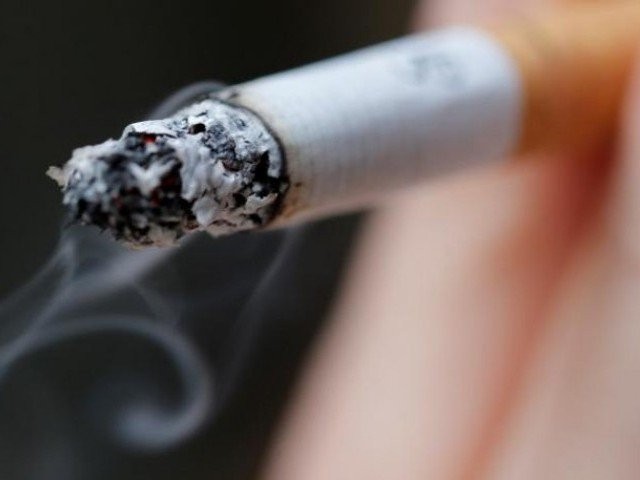 ISLAMABAD: The government is working on a proposal to withdraw the incentive of lower tax on cigarettes in the upcoming budget for 2018-19 in an effort to counter health risks and boost revenue collection.

This came in response to the Ministry of Health’s proposal to increase the tax on cigarettes in the FY19 budget which will discourage tobacco consumption that causes many ailments among consumers.

Sources told The Express Tribune that the Finance Division had realised that it had made a mistake by reducing the excise duty on cigarettes and now it wanted to withdraw the incentive. They revealed that State Minister for Finance Rana Muhammad Afzal had directed Federal Board of Revenue (FBR) officers to withdraw the third tier of cigarette prices in the FY19 budget as its introduction had caused irreparable loss to the national exchequer.

The minister also emphasised that Pakistan would have to meet its commitment to the World Health Organisation (WHO) besides taking other measures for ensuring better health of its citizens.

In a letter sent to the FBR, the Ministry of Health recalled that prior to the FY18 budget, it had proposed a tax of Rs44 per pack on the lower slab of all cigarette brands to counter health risks and boost revenue.

According to a study, a uniform excise duty of Rs44 per pack of 20 cigarettes could reduce the number of smokers by 13.2%, increase tax revenue by Rs39.5 billion, reduce by 0.65 million the premature deaths caused by smoking and prevent 2.55 million youth from starting smoking. Apart from these, the tax measure will help curb illicit trade in tobacco products.

However, in the Finance Act 2017, the ministry’s suggestion was turned down and the government inserted a new tax slab with reduced excise duty of Rs16 per pack which did not only boost cigarette production, but also pushed down revenue collection.

Cigarette production, according to statistics of the State Bank of Pakistan, swelled 71% from 11.48 billion sticks to 19.66 billion sticks in July-October 2017.

Apparently, the reduction in federal excise duty had caused a drop of two to four times in the average price of a cigarette pack in Pakistan if compared with the price in other countries of the region, health ministry officials said. In this regard, WHO had also expressed concern.

What’s in a cigarette: Mahira Khan smoking is nobody’s business

The Senate Standing Committee on National Health Services, Regulations and Coordination, in a meeting held on December 5, 2017, had taken a strong exception to the decrease in cigarette prices and told the FBR to reconsider its policy.

The Sustainable Development Policy Institute (SDPI), a think tank, in its pre-budget 2018-19 policy brief titled ‘Government Kitty vs Public Health: The Case of Reduction in Prices of Cigarettes’, stressed the need for policy coherence amongst various stakeholders and a collaborative effort for phase-wise reduction in smoking prevalence through price increase.

It urged the government to replace the current excise duty structure with the old two-tier structure.