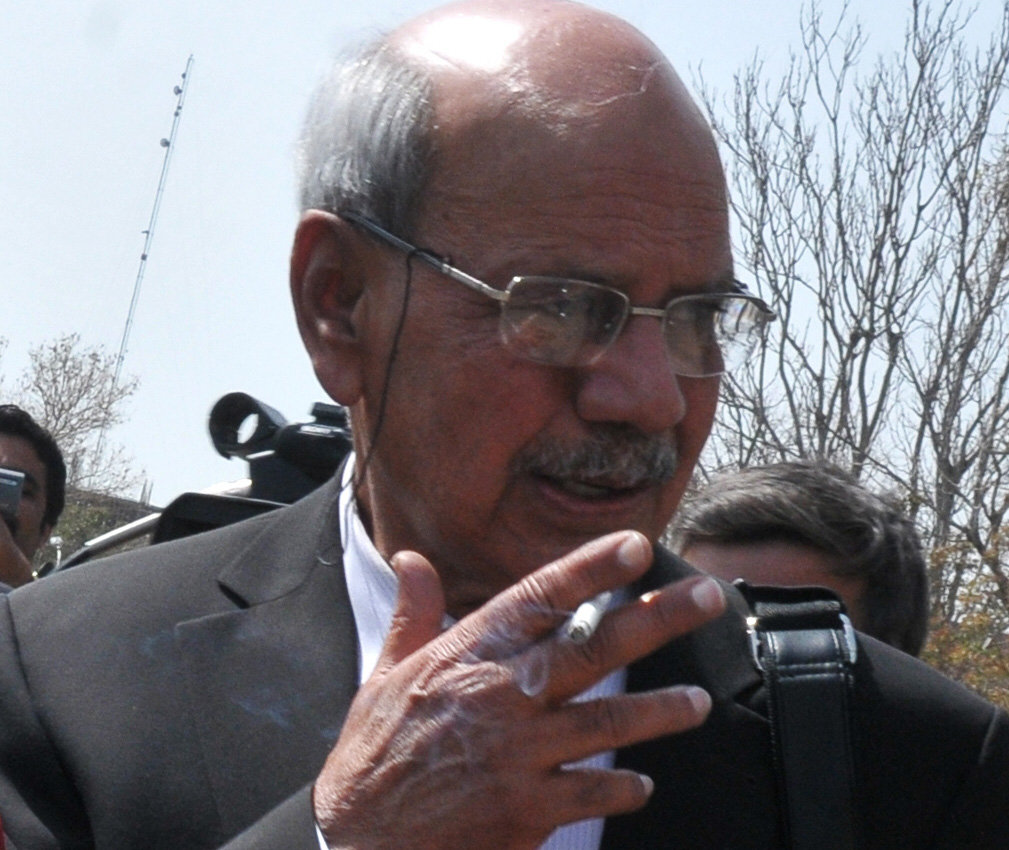 ISLAMABAD .: Experts on defence matters believe that Lt General (retd) Asad Durrani’s revelations in a controversial book which is coauthored by him and an ex-RAW chief has benefitted former prime minister Nawaz Sharif to a great extent who has been facing severe criticism for his comment on the Mumbai attack in a newspaper interview.

Brigadier (retd) Said Nazir Mohmand on Sunday told The Express Tribune that in the wake of the ‘book’ Sharif seems to be the beneficiary as the former ISI chief has directly talked about the issues.

“Indian spy agency RAW and ISI have been fighting against each other since long and now ISI’s former boss talks about some controversial matters. Now the criticism will be diverted to Pakistan army, pressing it to keep its own house in order,” Nazir highlighted.

He [Durrani] has also been summoned by the Pakistan Army at the General Headquarters (GHQ) on Monday (today) to explain his position on the views attributed to him in his book.

Nazir said Durrani unveiled some top events in Pakistan which were highly classified.

“The former RAW chief has been very guarded while Durrani has been extrovert as such topics have opened a Pandora’s Box,” Nazir observed.

He revealed that track-two diplomacy was in place since long aimed at averting war between the two arch rivals. The basic idea of this book is to discuss steps which could help avert surgical strikes on behalf of India if untoward incidents like Mumbai attacks happen again, Nazir added.

Another defence analyst Khalid Muhammad told The Express Tribune that looking at former DG-ISI’s collaborative book with the former RAW chief “it is hard not to consider the timing and the content.”

“While the book is formulated as a discussion between two former intelligence chiefs, we have to understand with the current climate against Pakistan, this book is a landmine.”

“With the elections on horizon, Durrani’s statements paint a very negative image of the Pakistan Army and the ISI in relation to events that happened in the past and continue to affect Pakistan’s domestic and regional policy,” Muhammad stated.

According to him who is also the writer of a well-known spy novel, Agency Rules, it should also be taken into consideration that he [Durrani] did not leave Pakistan Army under stellar conditions. He was deposed as DG-ISI and forced to retire early.

He said additionally, with the Asghar Khan case reaching its logical end and the potential prison sentences arising, it seems that the retired general wanted to clear his conscience as he has done in the past on domestic and international television channels.

“Whether his statements are taken seriously, or from the point of view of someone who was in the most powerful seat in Pakistan, the statements made in the discussion presented in the book are going to be difficult for any Pakistani to absorb or accept,” he said.

While responding to a question he said India would be the actual beneficiary after publishing of the book. Sharif will be benefited indirectly because attention has been diverted to the Army rather than keeping it firmly focused on him, he said, adding that “it will add more weight to Sharif’s argument of an over-active army over here.”