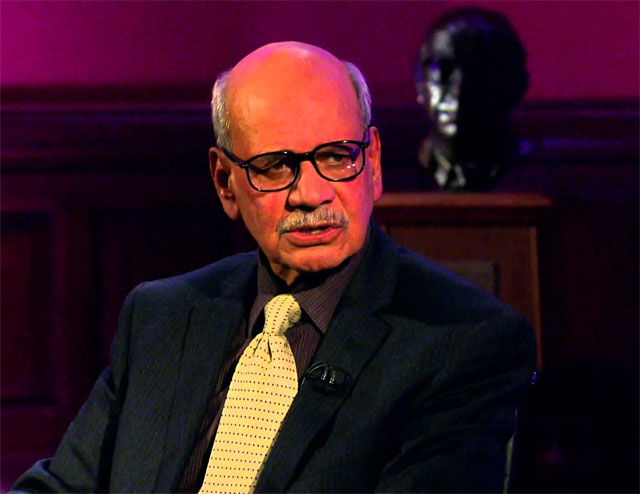 Former ISI chief says the book he co-authored with ex-RAW chief AS Dulat is just an expression of perspectives. YOUTUBE SCREENGRAB @ALJAZEERA

Durrani told The Express Tribune the book was merely an exercise involving two people with extensive experience in Pakistan-India affairs coming together to record their perspectives.

Responding to erstwhile premier Nawaz Sharif calling for a meeting of the National Security Committee over the book and former Senate chairman Raza Rabbani expressing grave reservations over its publication, Durrani said any individual — civilian or military man — had the right to record their memories.

Durrani said those rapping Spy Chronicles were yet to peruse it. “They are drawing conclusions from flawed news items,” he said.  Rather than focus on who has authored the book, attention should be devoted to its contents, Durrani added.