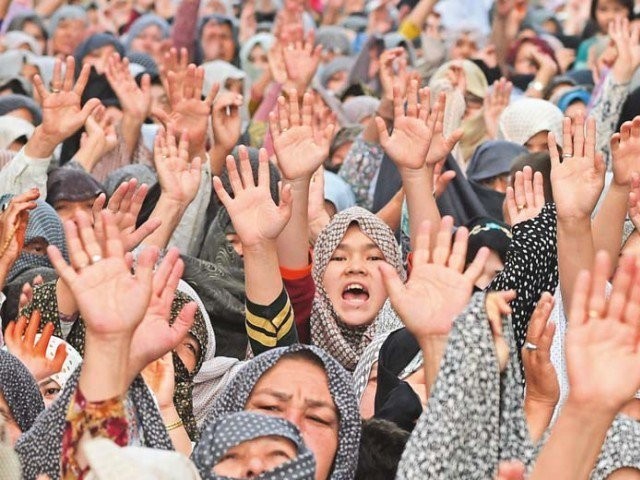 QUETTA: The National Commission for Human Rights (NCHR) has shown severe concerns over the recent terrorist attacks in Quetta and water shortage in major cities of Balochistan, stressing upon the need of immediate measures to resolve all these issues.

NCHR provincial member Fazila Aliani presided over a court hearing session in the commission’s regional office from May 21 to 25 in the Balochistan capital.

Senior Consultant Mian Waqar Ahmed and other members of the committee also attended the session and reviewed current law and order situation of the province including recent coal mine collapse incidents.

The committee also said the provincial government is determined to resolve all these issues and protect human rights in Balochistan.

During her five-day long visit, Aliani also met local coal mine labour unions and officials of the mine and mineral department regarding two coal mine incidents in Balochistan, in which 23 miners were killed following methane gas explosion in Marwar and Surr Range.

She expressed concerns for the loss of miners, who were trapped and died in Mawar and Surr Range coal mine fields and prayed for quick recovery of the injured miners.

At least 23 coal mine workers were killed and eight injured after two coal mines in Marwar and Surr Range collapsed due to methane gas explosion on May 5.

According to mining organisations, the owners and local contractors are deliberately endangering lives of coal miners as they are not willing to adopt safety measure in private coal mine fields.

Balochistan is notorious for coal mine incidents as hundreds of coal miners have been killed due to mine explosion in various coal mine fields.

PIA apologises over delay in delivering bodies to relatives