We know what’s happening in Kashmir but no one wants to see it: Moammar Rana, Sonya Hussain

We know what’s happening in Kashmir but no one wants to see it: Moammar Rana, Sonya Hussain

Actors get candid about their upcomi­ng action drama ‘Azaadi’
By Rahul Aijaz
Published: May 26, 2018
Tweet Email 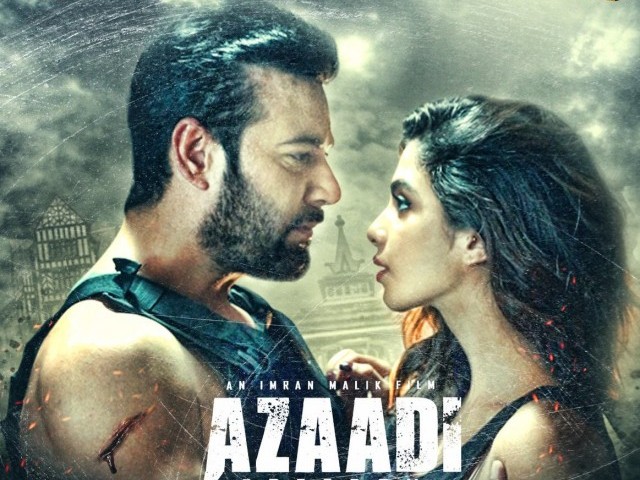 KARACHI: This Eidul Fitr, three Pakistani films are scheduled to be released: Mahira Khan’s Saat Din Mohabbat In, Javed Sheikh- directorial Wujood and Moammar Rana and Sonya Hussain-starrer Azaadi. How the films fare is yet to be seen but the makers have been marketing their respective projects with full force. 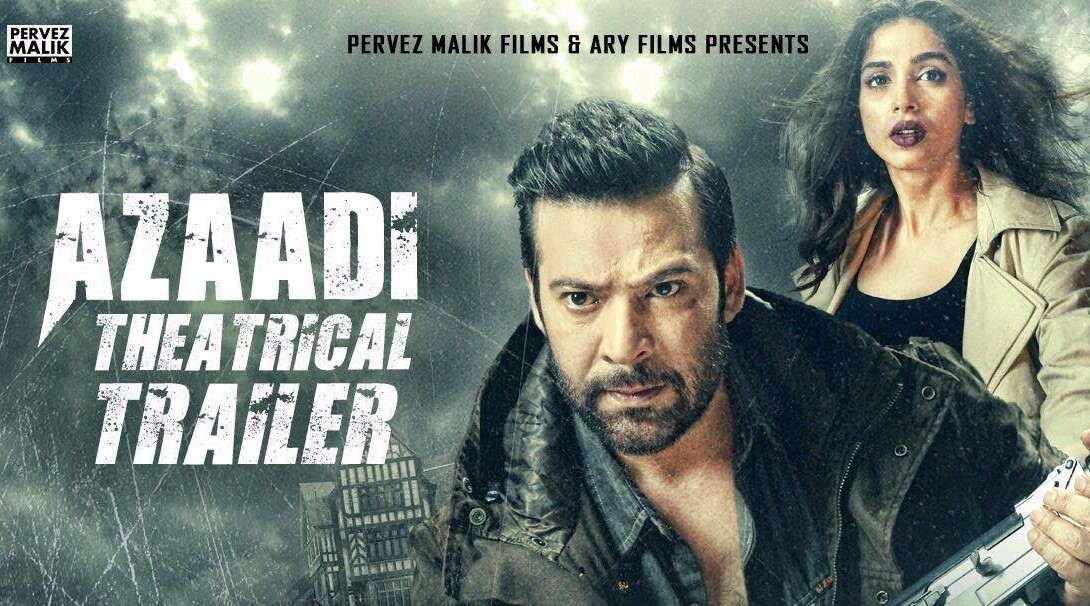 Rana and Hussain also showed great excitement for their upcoming release whilst speaking with The Express Tribune. Judging by the trailer, Azaadi is about a freedom fighter named Azaad (Rana) who fights for Kashmir. Hussain, who plays the character Zara, is his love interest. “Zara is basically a journalist, born and brought up in London, but has Kashmiri origins. Her journey in the film begins after she comes back to Kashmir,” revealed Hussain.

Azaadi boasts of a lot of action and romance, which might be enough to pull the audience. If that’s not enough, Rana believes this has been the most difficult role of his 23-year career, having had to work out to look like a ‘mujahid.’ “I worked a lot on the tone and tempo of the character and dialogues. I had to change my voice a bit and make it sound more intense. Azaad doesn’t smile and always looks focused and determined,” said Rana.

The actor added that the experience changed him. “During filming, even my family often said, ‘You’re not Moammar Rana, you’re Azaad.’ Even my daughter told me that,” he quipped. “The role has changed me a lot. Now I take things differently because there was a lot of hard work behind the character.” 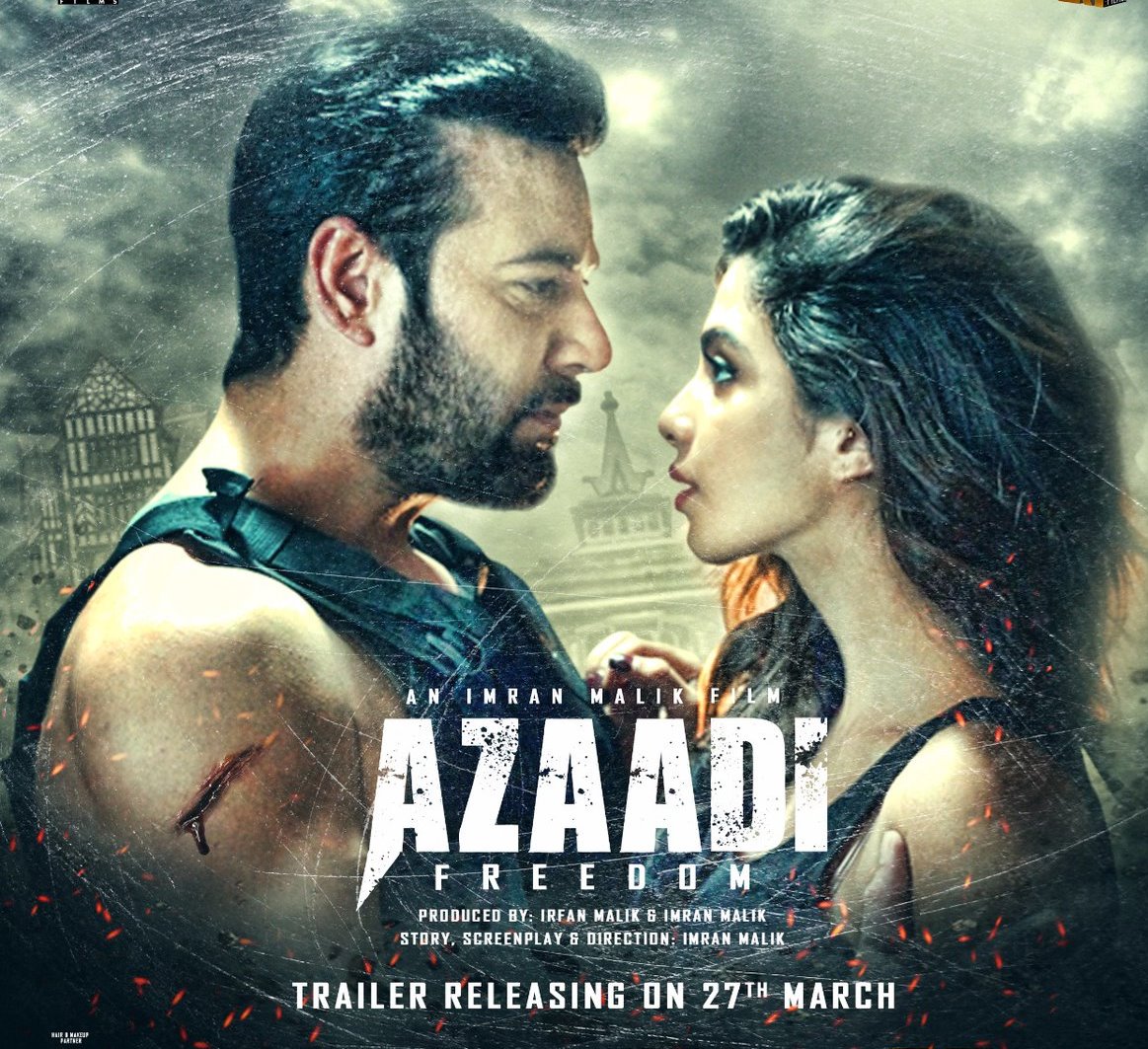 Rana said it had been a while since an action film released in Pakistan. “Most of the films coming out these days are either comedies or rom-coms. But I have noticed people also enjoy action. And we have good action in Azaadi. It’s not just me coming out and shooting people for no reason,” he shared. “The thing is that we hadn’t made a film about Kashmir in Pakistan yet either. What I feel is that we know, we see what’s happening in Kashmir. We’re not blind. So there’s that and there’s the love story part so that it doesn’t just become another action film.”

Azaadi marks Hussain’s second cinematic outing, after Moor. “Moor was more of an art film, while Azaadi is totally commercial. It has got songs, romance, thrill, everything,” she said.

The budding star confessed she was nervous having to dance in a desi style. “I’m a good ballet dancer and I know salsa and tango. But I couldn’t do Bollywood dancing because I had never seen or done it. It was tough!” she recalled of her time shooting the song Mahiya Ve.

According to Hussain, Azaadi is “not just a film about the Kashmir issue” but also offers masala, romance and music. “I understand when people come to the cinema on Eid and spend money, they want to be entertained. Azaadi is sure to entertain.”

Asked whether such films tend become preachy, Hussain responded, “I’d like to praise the director because film-makers often make films about Kashmir. Everybody knows what’s happening there but nobody wants to go to watch it in theatre. So you have to convey your message in an entertaining way. If people assumed it’s about fighting for independence, only a few would watch it.” 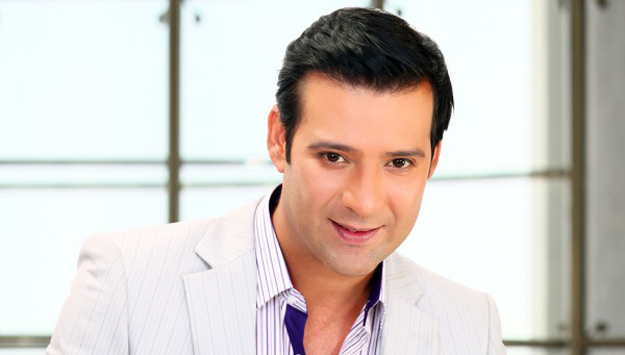 From the looks of it, Azaadi has a nostalgic, 90s Lollywood vibe. With Rana as the lead, it’s perhaps even more noticeable. But with that style of film-making dying out, quite a few stars have been unable to fit into the newfangled Pakistani film industry. Asked whether Azaadi will change his image and prove he can fit in, Rana said, “Why not? We’re actors. I’ve done a Punjabi film and one in Urdu. I’ve done action and comedy. You have to cater to your masses. Actors and cricketers are made by masses, you see. You can be an actor, but not a hero unless the masses want it.”