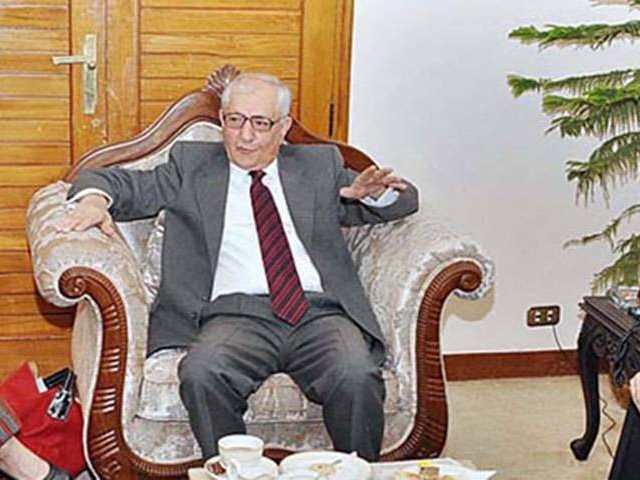 QUETTA: Balochistan Governor Muhammad Khan Achakzai has hoped that China-Pakistan Economic Corridor (CPEC) will economically develop the entire region in the future, saying after its completion, the entire region, especially Pakistan, will become centre stage of trade and economic activities.
“The CPEC is part of China’s Road and Belt Initiative, which will connect the economic and trade activities of the world as well as provide alternate land route to Central Asia and the Middle East. There are many expectations from CPEC,” the Balochistan governor said while speaking to Chinese Ambassador Yao Jing at Governor House Quetta.

Achakzai urged the ambassador to utilise the vast opportunities arising from the project through collective measures at regional level. “Pakistan and China are bonded by deep friendly relations which will be strengthened with the passage of time,” he said.
“Balochistan is rich in natural resources and has high geographical importance, which creates opportunities of investment and trade,” the governor said.
Ongoing development schemes, water crisis, establishment of modern industries in the province and regional situation also came under discussion during the meeting.

“Balochistan is vast in terms of land but its population is scattered,” said the governor. “The province can provide connectivity through land route to Central Asia.”
Taking over the podium, the Chinese ambassador thanked the governor and said, “Pakistan’s friendship is close to China’s heart. China seeks collaboration with Pakistan in implementation of projects like CPEC.”
The Chinese ambassador also briefed the governor about the ongoing development projects of CPEC and the future plans in the development sector.
The meeting ended with exchange of gifts and shields.