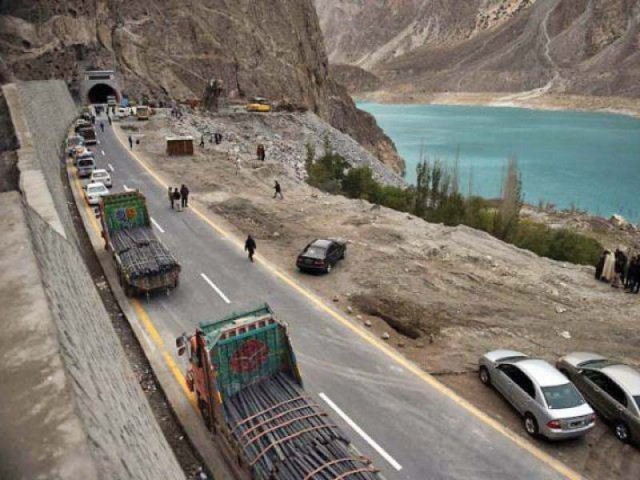 The provinces’ refusal could further complicate matters as there is hardly any meaningful progress on the nine sites identified for these zones. PHOTO: FILE

ISLAMABAD: In a major blow to timely rollout of the second phase of the China-Pakistan Economic Corridor (CPEC), special regions and provinces – except Khyber-Pakhtunkhwa (K-P) – have refused to finance the incentive package Pakistan offered to relocate dying industries from China.

In addition, the Balochistan Development Authority has also informed the centre that there is no federal land available in Gwadar to set up the federal government-owned SEZ. The Cabinet Committee on CPEC in January this year had decided to establish the SEZ across 50,000 acres.

In May last year, Pakistan approved the Special Incentive Package for the Relocation of Industries from China in order to bring investment in nine SEZs to be set up under CPEC. The package is primarily aimed at those Chinese industrial units declared sunset industries by Beijing and may be relocated to Pakistan, which may create hundreds of thousands of jobs.

Initially, provinces agreed to bear the subsidy for the special incentive package but now some provinces have backed out, said Ahsan Iqbal, the federal planning minister, after the CPEC review meeting.

He said the Board of Investment would now hold a meeting with the finance ministry to review the possibility whether the federal government can pick the cost of subsidies. Iqbal said that there is a plan that wherever the land is expensive the provinces should offer the land on concessionary terms.

However, provinces were of the view that the land is a provincial subject and the federal government cannot dictate terms, adding that the federal cabinet approved the incentive package without homework.

These industrial zones are critical for Pakistan’s second shot at industrialisation, as CPEC is so far limited to only a few roads and energy projects, which have addressed Pakistan’s bottlenecks in these areas.

There were three major incentives. The first incentive was that Pakistan will pick 50% of the mark-up cost of loans that investors will take for investment in CPEC zones.

In the second incentive, Pakistan was supposed to pick 50% of the freight subsidy on inland transportation of plant and machinery for installation and development in the priority SEZs. In the third incentive, the respective provincial governments were asked to provide plots by taking half of the payment in advance and the remaining in four biannual installments.

The K-P government endorsed the package but the other three provinces, Gilgit-Baltistan and FATA refused to provide funds.

The package was developed on the demand of China made at the sixth meeting of the CPEC Joint Cooperation Committee (JCC) in Beijing in December 2016.

The provinces’ refusal could further complicate matters as there is hardly any meaningful progress on the nine sites identified for these zones.

Against nine zones, China is also keen to develop only two to three SEZs and the federal government has prioritised Faisalabad, Dhabji Sindh and Rashakai K-P sites for the development of these zones. K-P and Punjab governments have taken initial action, but the Sindh government has not yet responded, according to the BOI’s presentation.

China’s formal feedback on the incentive is expected to be received in May after the approval of the NDRC. However, it has asked Pakistan that the loan markup subsidy should also be available on Chinese currency loans that the developers will take.

The progress on the multi-billion dollar Mainline-I project of the CPEC has also remained at a standstill. Iqbal said that Pakistan has requested China to share terms of the loan that Beijing is expected to provide for the project. He said Pakistan Railways was also asked to provide details of the feasibility study for vetting.

This month, Pakistan delayed approval of the Mainline-I project after Beijing tagged the phase-I of the scheme at $4 billion, which was $627 million higher than Pakistan’s estimates. The difference over the cost and scope of the ML-I project of Pakistan Railways has also blocked the approval of concessionary loan by China, according to officials of the Ministry of Planning. According to the Framework Agreement of the ML-I, China will provide 85% of the project cost as a concessionary loan. The ML-I project has been declared “strategically important” by both countries.