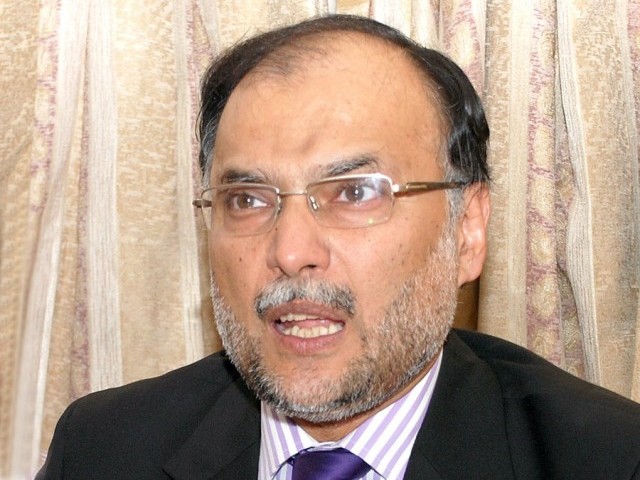 Interior Minister Ahsan Iqbal said on Wednesday that sensible policies pursued by the government have set the ground for a modern economy, Radio Pakistan reported.

Speaking at an inaugural ceremony of Research Centre for Robotics and Automation at the College of Electrical and Mechanical Engineering in Rawalpindi, Iqbal outlined the steps that can be taken to achieve the goals envisioned by the outgoing government.

He said by overcoming supply shortages in the energy sector, building infrastructure and investing billions of dollars the government has achieved three to six per cent economic growth.

He said after building infrastructure, the present government is now focusing on investing in higher sectors of economy.

Iqbal further reiterated that ‘Vision 2025’ would take Pakistan in the top 25 economies of the world. He cited it as the roadmap for a prosperous economy, which prioritises youth and technology development.