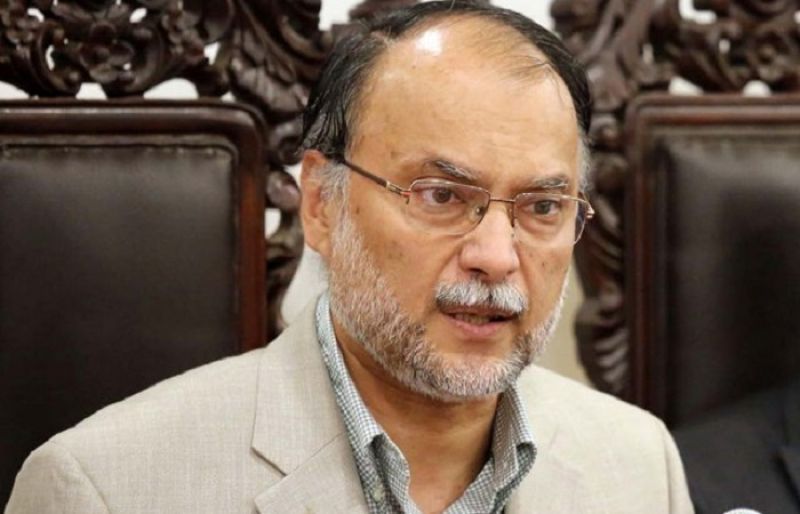 ISLAMABAD: Minister for Planning and Development Ahsan Iqbal has said India borrowed Pakistan’s economic and reforms plans and implemented them successfully while “we squandered the opportunity largely because of political instability”.

Speaking at the inauguration of Pakistan National Centre for Cyber Security in Islamabad on Monday, Iqbal, who also holds the portfolio of interior minister, said during the 90s then Indian finance minister Manmohan Singh borrowed economic reforms strategies from his Pakistani counterpart Sartaj Aziz and successfully implemented them in India.

He said Bangladesh also successfully used the same strategies but Pakistan could not put its own plans to use as the decade was lost to political instability.

The planning minister said the first opportunity for Pakistan’s economy to take off came in the 60s, the second in the 90s, and the third opportunity is knocking at the doors now, which must not be lost to instability like in the past.

He described peace, stability and continuity as critical for economic progress.

“We will have to think why many countries which were behind us are now far ahead. China’s per capita income was far below Pakistan’s but is now much higher. Similarly, Bangladesh’s foreign reserves have reached $33 billion while we are at $18 billion. For how long, we will watch other countries overtake us,” the minister wondered.

He said tanks and missiles alone could not save a country “if it’s not strong economically”. He said while the armed forces had rendered great sacrifices, the successful fight against terrorism was possible also because of the availability of funds from the national budget.

“There was a time when terrorists had surrounded us but today the state has cornered them. If we squander this opportunity, the history and future generations will not forgive us,” Ahsan added.

He said in 2013 Pakistan was using 2G wireless technology but the country would now be among the first users of the 5G technology in the world.