K-E denies increa­sing load-sheddi­ng in the city, says power will be suppli­ed during sehri, iftari hours
By Our Correspondent
Published: May 18, 2018
Tweet Email 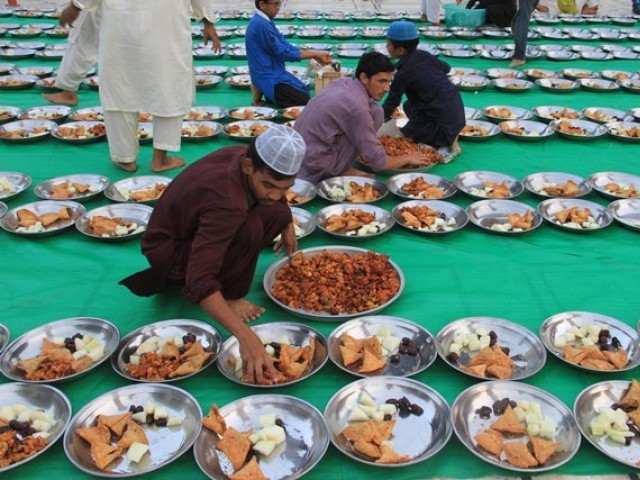 The first day of fasting in Karachi was marked by power outages. PHOTO: ATHAR KHAN/EXPRESS

KARACHI: On the first day of Ramazan Karachiites experienced both warm, dry weather and power outages.

Temperatures in the city reached 40˚ Celsius on Thursday, according to the Metrological department. Mercury rose due to warm winds blowing from the northwest and southwest parts of Balochistan and the Arabian Sea.

Fortunately, low humidity levels lead to people sweating less during their fast. The wind speed was recorded at 35 kilometres per hour on Thursday while the lowest temperature was recorded at 28.5˚C in the early morning hours. According to the Met office, the temperature is likely to drop another 2˚ today (Friday), but a reduction in sea winds may cause the temperature to reach up to 41˚C in the next few days.

K-Electric (K-E) welcomed the holy month of Ramazan by subjecting residents of the port city to longer than usual load-shedding.

Fasting citizens were forced to suffer load-shedding of up to 15 hours. Power supply remained disrupted throughout the city due to faults in electric grids and supply stations, while the power utility’s maintenance teams were nowhere to be seen.

Power supply was disrupted in major parts of the city starting from Taraweeh time on Wednesday night, with K-E failing to do anything but its usual finger pointing to technical glitches. A large number of citizens had their first sehri and iftaris in the darkness and scorching heat.

According to reports, K-E’s hide-and-seek game kept irritating citizens in almost every part of the city. Residents face two hours of load-shedding after every two hours of power.

Power disruptions have also been affecting areas exempted from load-shedding, while faults in wiring and electric transmission systems have also peaked.

Between Wednesday and Thursday, continuous load-shedding up to 10 hours began in most parts of the city, while citizens continue to flood K-E offices with complaints. Many citizens lodged telephonic complaints while others took to social media to voice their woes, only to wait for hours before they received any response.

Residents are demanding the federal government take notice of the situation and order action against the privately-managed electricity supplier. Many believe that K-E is deliberately creating the nuisance of load-shedding despite having facilities at its disposal. On the other hand, K-E has denied reports of load-shedding of up to 15 hours, saying that the city has not been subjected to any form of unannounced load-shedding.

Unabated load-shedding drives JI onto the streets of Karachi

“Faults in the wiring and transmission system must not be confused with power disruptions made under load-shedding,” according to K-E. The utility promised that it would provide maximum relief to consumers during the holy month of Ramazan. According to a notice issued by K-E, consumers will not be subjected to load-shedding during sehri and iftari timings. An emergency maintenance team is stationed to remove all faults in minimum possible time, added K-E.