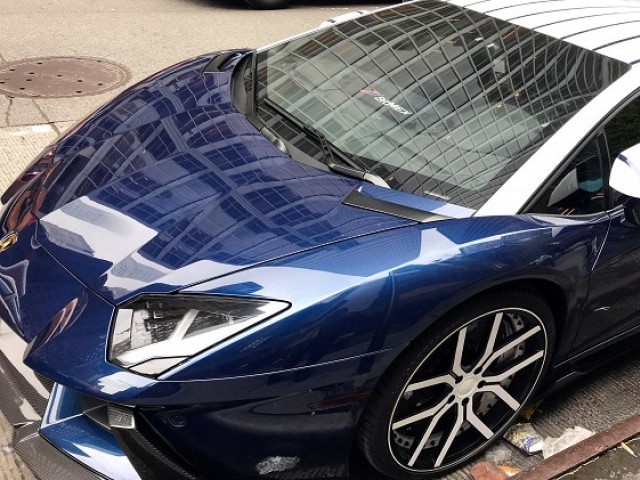 A Lamborghini is seen outside Consensus, a three-day crypto event in Midtown Manhattan, New York, US, May 15, 2018. PHOTO: REUTERS

NEW YORK: A Lamborghini costs about 23 bitcoins, which might not seem like much, unless you owned the cryptocurrency in December, in which case you could have bought one of the $200,000 luxury cars for just 10 of them.

Such was the conversation at Consensus, a three-day crypto event happening in Midtown Manhattan this week. Lamborghinis lined the entrance for a publicity stunt on Monday, while people inside waited on long registration lines while discussing bitcoin prices and evangelizing blockchain, the technology that stands behind most digital currencies.

“This is like the Glastonbury of crypto,” said attendee Shane Brett, likening the event to a large music festival held in Britain.

Banks don’t want to be weakest link in blockchain revolution

A lucky few snatched invites to an afterparty featuring rapper Snoop Dogg, who is a fan of bitcoin. Crypto enthusiast Jack Dorsey, who is chief executive of Twitter and Square, will give a keynote presentation on Wednesday.

Event organizer CoinDesk estimated that 7,700 attendees paid between $1,300 and $3,000 per ticket, a much bigger crowd than the 2,700 entrepreneurs, investors, and enthusiasts who went to Consensus last year.

“It’s packed; it’s amazing,” Frideric Prandecki, co-founder, and CEO of Las Vegas-based Bob’s Repair told Reuters at the event. His startup, which is building a blockchain-based website that lets users find handymen online, raised money by issuing its own cryptocurrency.

Like many others at the event, Prandecki was sanguine about the future for virtual currencies, which are essentially pieces of code not backed by any government or hard asset.

“This is just the beginning of a revolution,” he said.

The event comes after a chaotic year for cryptocurrencies.

Bitcoin’s price hit almost $20,000 in December, more than 10 times what it was worth only five months earlier. Since then it has plunged to roughly $8,700.

Even so, startups have raised millions of dollars from strangers online by issuing new types of cryptocurrencies with little evidence they can deliver on promises of reinventing industries through blockchain.

To some attendees, the event and excitement was reminiscent of pre-financial crisis Wall Street.

“When I started in hedge funds it was very specialized, then in 2005 it exploded,” said Brett, who runs a company called Gecko Governance, which advises the industry on compliance matters. “It kind of reminds of that period there when people were making tons of money. But it finished in 2008.”