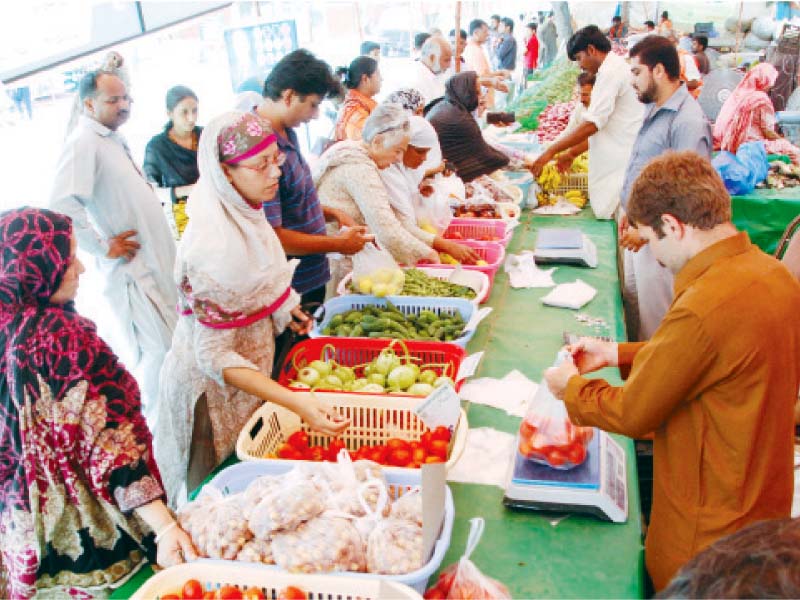 FAISALABAD: A total of 19 Ramazan bazaars have become functional in various parts of the district in order to provide essential items for consumers at subsidised rates, said a spokesperson for the city district government on Monday.

All the necessary arrangements have been made to provide fruits, vegetables, pulses, flour, sugar and other food items at subsidised rates, he revealed.

Price control: 16 Ramazan bazaars to be set up in Pindi

In addition to this, CCTV cameras have also been installed in and around the bazaars as an extra security measure, he added.