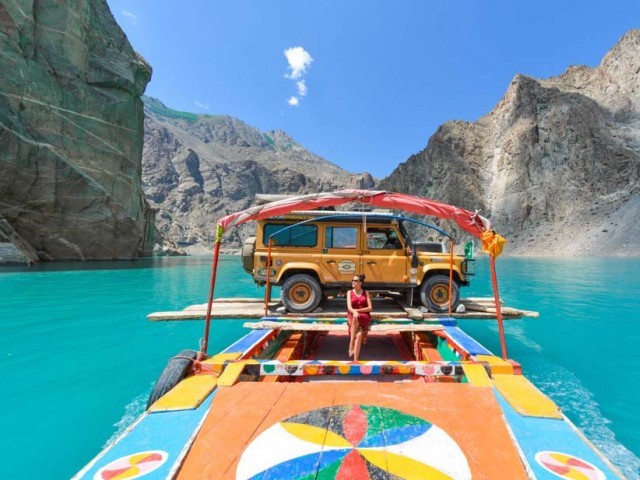 After improvement in the security situation, local and foreign tourists are visiting the province in thousands, says Zhob division police chief. PHOTO: FILE

QUETTA: The police chief of Zhob division has claimed that strict security measures taken by the provincial government during five years have helped boost tourism in the province.

“After improvement in the security situation and government’s special attention towards revival of tourism industry local and foreign tourists are visiting the province in thousands,” said Deputy Inspector General of Police Abdullah Khan on Tuesday.

Tourist Spots in Balochistan remain a lucrative offer for visitors

The DIG said, “Tourists coming from other provinces are provided special security as soon as they enter the limits of Dera Ismail Khan and Dera Ghazi Khan as law enforcement agencies vehicles ensure their safe mobility in the province.”

Abdullah said that in sensitive areas his department always sought the help of Frontier Corps for ensuring maximum protection and safety of tourists which has helped promote tourism industry and also generate economic activity in far-flung areas.

“The influx of tourists has helped decrease poverty,” said the DIG.

An official of the Balochistan Tourism Development Corporation said, “The confidence of tourists has improved due to improved road network under the China-Pakistan Economic Corridor projects and the enhanced security measures taken by the government.”

He said, “Motels and restaurants are being established at each picnic spot besides connecting it with road network.”

He said that transport facility would soon be available to facilitate tourists.

“We have plans to promote tourism at tehsil level also,” he said, adding that a committee had been formed comprising representatives of public and private sector to boost tourism in the province.

He said the development of tourism would help create job opportunities and boost business activities in the province.

These spots are capable to attract millions of tourists if proper safety and missing facilities are ensured.