Politics of resentment and the elections of 2018

Politics of resentment and the elections of 2018

Betwee­n 20 and 22 millio­n young people will have the right to cast their vote for the first time
By Shahid Javed Burki
Published: May 7, 2018
Tweet Email 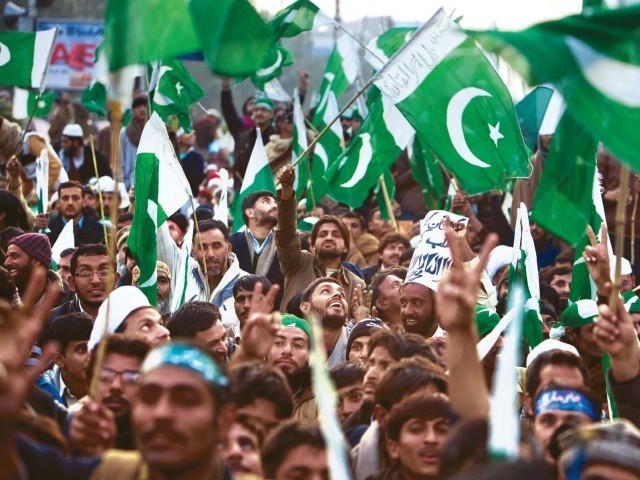 Between 20 and 22 million young people will have the right to cast their vote for the first time PHOTO: FILE

As Pakistan draws closer to election day when the country’s voters will elect new a National Assembly and four provincial assemblies, it would be useful to reflect on the shape, size and social composition of the electorate. The people who will elect the 2018 assemblies will be different from those who chose the ones that will go out of business by the end of May. For the first time in the country’s electoral history, the coming elections will be dominated by the aspirations of the very young in the country. There is now enough data generated by the census of 2017 and the work released by the United Nations Development Programme in Pakistan to give us some clues about the direction in which the country is headed. The youth, it appears, are both resentful and hopeful.

Alliance with Imran Khan after elections on the cards: Asif Zardari

Between 20 and 22 million young people will have the right to cast their vote for the first time. They would have reached the voting age since the elections of 2013. Who are they, where are they located and what do they want from the country’s political and economic systems? The political parties that are able to correctly answer these questions will triumph and govern for the next five years when, in 2023, the country will go to the polls again.

However, before I look at the electoral scene, it would be useful to make a few points about Pakistan’s political development since 2007 when the street succeeded in bringing about political change. Then thousands of lawyers came out to protest a move by the military dictator of the time to illegally remove the Chief Justice of Pakistan. This move was not acceptable to the legal community. They took to the street to demand the reversal of the military president’s decision. This move by the lawyers preceded the Arab Spring of 2011 that shook the Middle East and launched two countries, Syria and Yemen, into long civil wars. But when historians look back they will agree that what the lawyers in Pakistan did then was of greater significance than what was accomplished by the Arab youth.

Some of what is happening today in Pakistan can be traced back to 2007. It produced three results that are likely to last. One, it established that a large group of people believed that the rule of law must prevail in the country. The formal judicial system must ensure that that happens. The much-commented-on political activism of the superior courts is not whimsical; it can be traced back to that moment in history. Two, the military will no longer be permitted to disrupt political processes. President Pervez Musharraf’s imposition of a state of emergency in late 2007 did not save him or his regime. There is no doubt that the military remains Pakistan’s most powerful institution. The opinion surveys done by the Washington-based Pew Research reveal that the Pakistani people have a greater respect for the military than for any other institution in the country. But the people will not allow the men in uniform to act outside their prescribed domain. Three, Pakistan has moved towards competitive politics. The system will not be dominated by one party but by several representing different segments of the population. This, it should be noted, is different from the situations in India and Bangladesh where the political systems have one large political party at its centre.

How would one describe the structure of politics in Pakistan on the eve of the 2018 elections? At this time, there are five contenders for political power. Of these, only one is a purely ideological group, the revived MMA. Its aim is to use the electoral process to bring what it sees as the truly Islamic political order. It is using the ballot base rather than the untold violence deployed by Islamic State to achieve that end. Those who support the MMA resent that the Pakistani state has not become Islamic.

Another political party is basically an ethnic group. Its members are the descendants of the three million Urdu-speaking refugees who left India for Pakistan at the time when the British hastily left their colony in South Asia. Pakistan’s population today is seven times its size at the time of the country’s birth. This group, on account of its greater social and economic progress, did not grow as rapidly; it is probably five to five and half times as large. I would put its number at around 15 to 18 million people. About 70 per cent of this group settled in Karachi, Hyderabad and other cities of lower Sindh. They went there since Karachi was chosen as Pakistan’s first capital. Since the government went to that city so did the modern sectors of the economy, including finance and commerce. The ‘Mohajirs’, as they came to be called, found jobs in these sectors. When Ayub Khan decided to move the capital to northern Punjab, a large number of these jobs were lost. That led to the rapid rise of resentment among the members of the muhajir population. A large number of them moved into a new organisation, the Muhajir Qaumi Movement. It is important to note that this was a youth movement expressing resentment. It was the first time the young in Pakistan had mobilised into a distinct political entity to express their unhappiness.

Of the remaining three parties, two have their bases in different regions. The Pakistan Muslim League-Nawaz draws its support mostly from the province of Punjab. The Pakistan Peoples Party, which also has its origin in the politics of resentment, has moved on and become a party anchored in rural Sindh. The third, the Pakistan Tehreek-e-Insaf, has a wider regional base. As its name suggests, it too has built its reach and constructed its programme to appeal to those who believe that the Pakistani system as it operates today does not provide justice to the people.

If deep resentment is at the heart of the current political dynamism, what role will the youth play? I will take up this question next week.

India-China ties on the mend