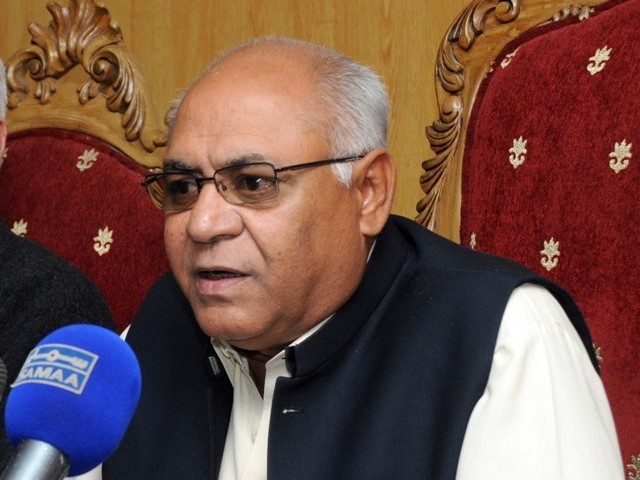 QUETTA: National Party (NP) Central President Hasil Khan Bizenjo has said that “we stand by democratic and political forces that work for strengthening democracy and institutions” in the country.

“The NP is playing its political and national role in maintaining superiority of parliament and rule of law,” said Hasil Bizenjo, who is also a federal minister for ports and shipping, while addressing a conference of the NP’s central committee in Quetta on Saturday.

MNA, senators, MPAs as well as representatives of the NP from all over the country participated in the conference, where they expressed serious concern over the political situation in the country.

The party’s central president instructed his party leaders and workers to gear up for the upcoming general elections.

Hasil Bizenjo said that there were difficulties and issues in Balochistan in the wake of upcoming elections, but the NP “is playing its due role in the country as well as Balochistan for strengthening democracy and institutions”.

The federal minister said that the nationalist parties in Balochistan and Islamabad have been playing their role in this regard.

He said, “Those who try to derail democracy cannot be, in any way, the well-wishers of the country and its people.”

Hasil Bizenjo said, “In time of need we will stand by democracy and the parliament and will oppose every conspiracy being hatched against the parliament.”