The economy of corridors

The economy of corridors

Pakist­an needs to invite Russia to the trade corrid­or and also allow India to trade with Afghan­istan via Pakist­an
By M Ziauddin
Published: May 5, 2018
Tweet Email 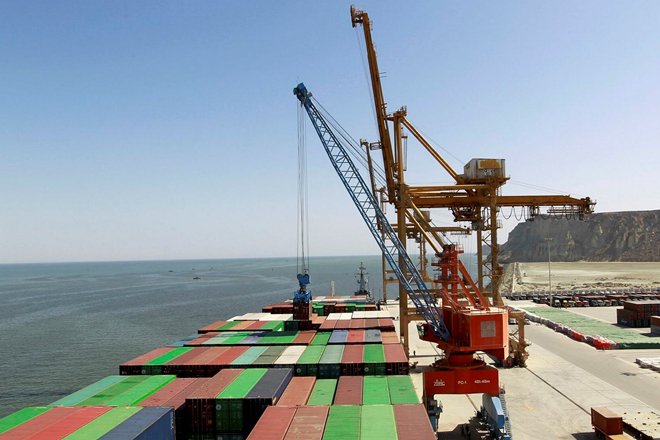 Pakistan needs to invite Russia to the trade corridor and also allow India to trade with Afghanistan via Pakistan PHOTO: REUTERS

The nearly 60-billion-dollar CPEC project has the potential to bring about a sea change in Pakistan’s economic model it has been working since about its inception. The disruption that this sea change is expected to cause to our existing economic pattern would certainly be too unsettling.

As normally happens in such situations which more often than not look akin to sort of an economic revolution, the potential losers try their best to resist the change failing which they do their best to delay it as much as possible causing in the process considerable losses to the national economy.

As anticipated, the project has already sparked fears that domestic industries would be crippled as China is feared to dump its goods in Pakistan. Already complaints in this regard have begun to be voiced. One being: China has already eaten half of our economy.

Our businessmen too are not very happy with the incentives being offered to the Chinese investors.

One way of coping with the on-coming CPEC-related changes especially in the country’s industrial base and its commercial direction is to resist the changes. However, that would only waste one’s time and add to the cost of the change. The sensible way to meet the challenge is to roll with the changes and try to make the best of what looks like inevitable in any case.

Here is a lesson for us: During the cold war the so-called Asian Tigers had let the West along with the US to look after their costly defence needs to ward off the threats to these countries from communist Soviet Union and socialist China and in return these countries allowed themselves to become the sweatshops of the US and Europe.

The rich countries brought their capital and technologies to these East Asian countries and used their cheap labour to make goods that they then imported into their respective markets. As a result in a matter of less than a decade all these poorest of poor war-torn countries had become the world’s leading exporting giants.

During the same period while Pakistan enjoyed the status of the most allied ally of the US it also kept increasing its dependence on dole using at least more than half of it on acquiring arms that we wasted on wars against India, in the process losing half of our country. Part of the residual concessional assistance we wasted on the futile exercise of import substitution failing which we turned to exports without having enough exportable surpluses.

The CPEC project offers us a god-sent opportunity to repudiate the economic model that we have been working all these 71 years which has brought us nothing other than an ever-escalating mountain of debt, and an ever-galloping illiterate and unskilled population without even rudimentary health cover.

Repositioning Pakistan in US policies

Pakistan’s strategic location makes it an ideal country to adopt the warehouse/transshipment economic model. So, in order to make the most of the opportunity offered by CPEC we need to invite Russia as well to set up its own trade corridor through Pakistan and also let India trade with Afghanistan via Pakistani land, facilitating New Delhi to go beyond to Central Asia and also reach western China while China could access western India through this corridor which would also hopefully open up a trade window to the landlocked India-occupied Kashmir.

Pakistan stands to rack in billions only in toll tax itself when these corridors become fully functional. The warehousing and value-addition activities en route the corridors from exporting to importing destinations and back would earn for Pakistan more than enough to graduate into upper middle-income group of countries in a matter of decade.