Local govt electi­ons to be held in tribal areas later this year
By Sohail Khattak
Published: May 4, 2018
Tweet Email 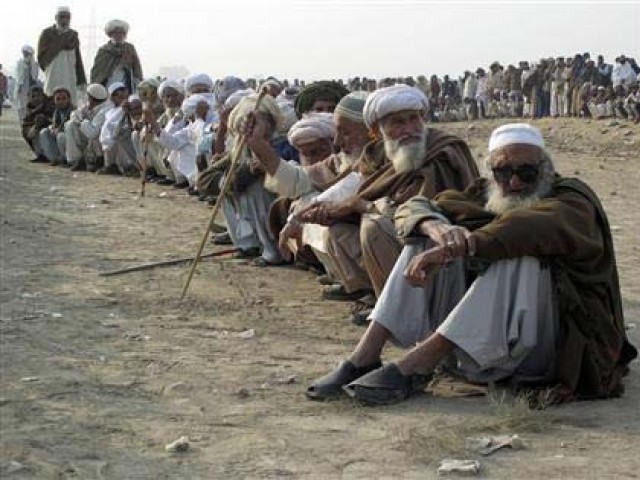 PESHAWAR: A day after Prime Minister Shahid Khaqan Abbasi promised that reforms for the tribal areas will be implemented within the next four weeks, the Khyber-Pakhtunkhwa chief minister stated that the there will be no merger between the tribal and settled areas until next year.

Addressing a news conference at the Chief Minister House on Thursday, Khyber-Pakhtunkhwa (K-P) Chief Minister Pervez Khattak said that the Federally Administered Tribal Areas (Fata) are expected to be merged with the province in May 2019. Elections for the provincial assembly seats from Fata will be held by March or April 2019.

He also disclosed other decisions taken during a meeting of the National Implementation Committee (NIC) on Fata reforms which was held in Islamabad on Wednesday.

“There [during the NIC meeting] it was decided that Fata will be merged with K-P in 2019 and the local government elections in Fata will be held this year in October while the general elections for the provincial assembly seats (K-P assembly) will be held in March or April 2019,” he said, adding that all the changes required to be made in the constitution will be made by the current government. He even specified May 30, 2019, as the date for the merger.

Khattak added that the time for a “do or die” situation has now passed.

On Wednesday, Abbasi announced on the floor of the National Assembly that the government would implement Fata reforms in an effort to bring tribal areas at par with other parts of the country through development schemes.

“The parliament and all other stakeholders are committed to implementing Fata reforms…Everyone wants to bring Fata into the national mainstream,” he said, adding that a thorough discussion was needed on the reforms.

Abbasi assured lawmakers that he would take all parliamentary leaders onboard and decide about the timeframe for implementing these reforms, fine-tuning the required legislation, and other modalities.

“We wish to complete this during the current term of this assembly…We will sit together with all parties as it is urgently needed by the people of Fata and Pakistan,” he maintained.

On the matter of financial support needed for Fata reforms, the PM said that Rs1 trillion would be provided in addition to other federal allocations.

“We will provide adequate financial support and the matter will also be taken up in the Council of Common Interests (CCI) and may also be discussed in the National Finance Commission (NFC),” he said. All requirement and modalities would be finalised over the next four weeks, he said.

Check-posts reduced in South Waziristan as peace returns to region