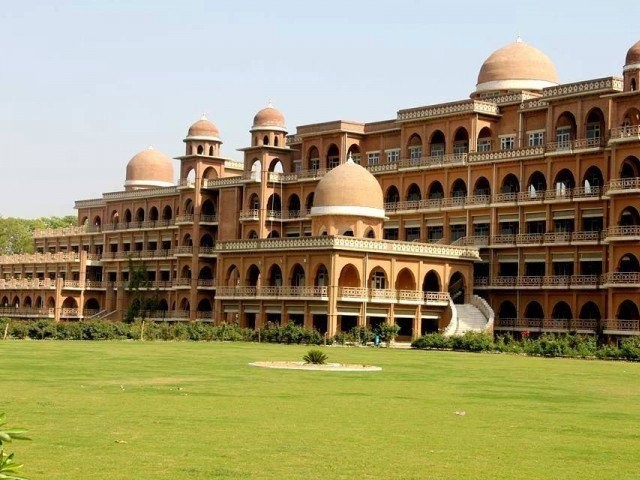 PESHAWAR: Having mostly found mentions of it on social media, students at the University of Peshawar were thus shocked to find that their exam contained a question on the Pashtun Tahafuz Movement (PTM).

But as news of the question in the paper went viral, university officials termed the question to be “out of the syllabus” and sought an explanation from the teacher of the course.

Students of political science at the University of Peshawar (UoP), while attempting the Pakistan Studies mid-term examinations of the second semester of their Bachelors of Studies (BS) graduate degree programme said that they got an unexpected question seeking their scholarly opinion on the movement which has drawn large crowds across the country.

“Pashtun Tahafuz Movement (PTM) is an emerging phenomenon, surrounded by a lot of hopes and controversies. Being the students of politics, give your scholarly opinion about it,” read the question.

Bemused students quickly posted about the question paper on social media allowing their peers to present their opinion on the question.

It also drew appreciation from PTM supporters. However, those who have been opposing the PTM criticised UoP’s political science department for including such questions in the exams.

Talking to The Express Tribune, UoP Political Science Department Chairman Dr A Z Hilali explained that teachers in the BS programmes have the liberty to prepare question papers for their relevant subjects as per the syllabus.

In this regards, he said that in an exam on current affairs, the teacher can include questions regarding ongoing political activities which are in the national interest or for the uplift of the country.

However, as per the rules, the teacher must have their question paper approved by the chairman of the concerned department.

In this particular case, Dr Hilali explained, neither did the teacher discuss the question in advance nor was any approval sought for it from the head of the department.