Questi­ons are being raised about the authen­ticity of the Turnit­in softwa­re
By Riazul Haq
Published: May 1, 2018
Tweet Email 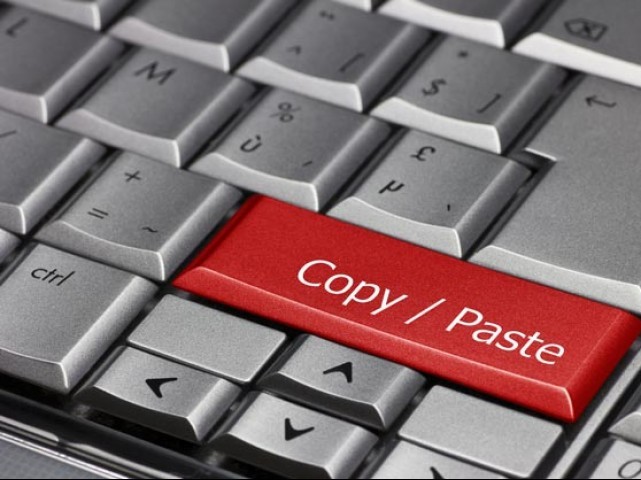 HEC has now added another 13 plagiarists to the existing list of 21, and it is certain that there are more within the 160-plus universities in the country. STOCK IMAGE

ISLAMABAD: The last few months have witnessed a mudslinging game in the higher education sector much to the chagrin of those under attack by making plagiarism a primary tool of naming and shaming.

Senior academics, Vice Chancellors (VCs) of universities, and as many as two senior Higher Education Commission (HEC) officials have been embroiled in the menace.

Turnitin is the software that the HEC uses and has also shared with universities to check plagiarism and take further action as per the guidelines against one of the serious crimes of academia.

It was last year in December when plagiarism of the current Executive Director (ED) Arshad Ali was reported and the fate of that case is yet to be decided even after three committees took up the matter.

Guardian of plagiarism red-faced in its own backyard

Ali pleads innocence and terms the three committees formed by former chairperson Mukhtar Ahmed as an effort to defame him. Ahmed declines to have any such motive and terms the actions based on merit.

However, multiple sources have confirmed that Ahmed shared dossier of proceedings against Ahmed with Ministry of Federal Education and Profession Training and Prime Minister Secretariat. The move was described as an act to prevent the ED from holding probable charge of acting head as the term of Ahmed expired on April 15.

After that plagiarism was reported in research papers of two senior academics. A senior professor of Quaid-e-Azam University Tassawar Hayat who is also a member of the committee was looking into the alleged plagiarism of ED.

Research papers of Comsats Institute of Information Technology (CIIT) current acting rector Raheel Qamar were making rounds on social media and whatsapp groups two weeks ago until they finally made way to the media.

The CIIT has now formed a committee to probe the alleged plagiarism while Qamar claims innocence and terms it as pure propaganda unleashed by vested interests. Likewise, he was also member of the committee which was probing the ED’s case.

Moreover, news on Saturday also started making rounds about former HEC chief Ahmed resorting to plagiarism in his lectures at a virtual university.  The news about Qamar and Ahmed has emerged at a time when the former is likely to be considered for the permanent slot of the rector while Ahmed for the new HEC chief. Ahmed also claims innocence and considers the act as propaganda against him at the time when he is one of the contenders for reappointment.

The HEC two years ago started blacklisting those who could not prove plagiarism against those they accused of committing the offence. The HEC has decided 182 cases of plagiarism it has received from different universities while an estimated 55 cases are still being probed.

A senior professor of Lahore College for Women University is also blacklisted on the HEC website for failure to prove plagiarism against a fellow colleague and recently lost the opportunity to become the VC of university for the said slot.

On the contrary, questions are being raised about the authenticity and technical facility of the Turnitin software. Many now consider the software as not an appropriate tool to detect plagiarism but rather an instrument to detect similarity index in the document. “If you search the text of Newton’s first law of motion you will find million hits, does that mean Newton was guilty of plagiarism,” CIIT’s rector told The Express Tribune.

The HEC’s ED also holds the same view and terms the software an inappropriate tool to detect plagiarism and even questions the commission’s way of dealing with plagiarism cases. He has also formed a committee to look into the whole process to review the existing way of dealing with sensitive matter that has cost several VCs, academics their positions and repute. Interestingly, ED himself has been head of the committee that looks into the cases of plagiarism.