PTI Lahore rally: Some call it #MotherofAllJalsas, some fail to find the magic

PTI Lahore rally: Some call it #MotherofAllJalsas, some fail to find the magic 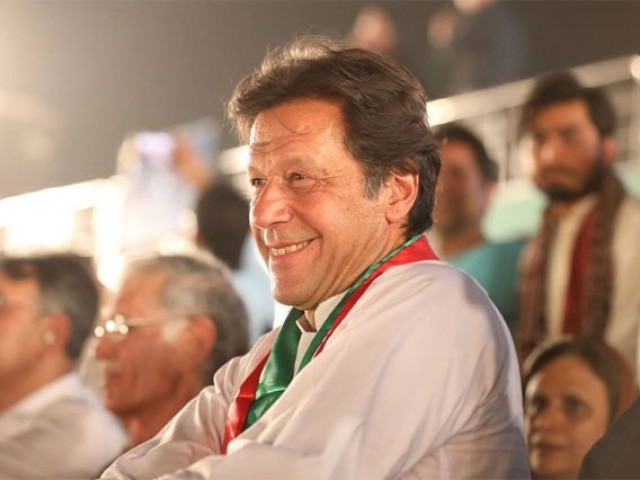 The Pakistan Tehreek-e-Insaf (PTI) held a powerful rally in Lahore on Sunday which sparked intense debate on the upcoming elections and its turnout.

Taking to Twitter, most senior journalists, analysts and independent think tanks tweeted in favour of or in criticism of the rally. PTI chief Imran Khan unveiled an 11-point agenda for a new Pakistan, and called for establishing Pakistan in the image of the model state of Madina.

Speaking to a large public gathering at Minar-e-Pakistan, Imran asserted that today’s Pakistan did not match the dream of Allama Iqbal or Quaid-e-Azam’s vision.

The Quaid, he said, had dreamt of a country where all citizens, including all minorities, had equal rights. According to Imran, the Quaid wanted to establish Pakistan based on the model state of Madina, which was the first social welfare state in the world.

Pakistan, Imran said, must choose between dishonour and dignity.

Imran Khan unveils an eleven point agenda after a long-winded speech. The Lahore rally had numbers that would comfort his supporters but won’t necessarily panic his detractors. PTI has now formally kicked off its election campaign.

At Minar e Pakistan, PTI 29 April, Lahore jalsa. Huge, massive crowd ! And an equally huge mismanagement for people coming in. If only thing PTI hasn't yet learned despite great experience of jalsas, this is it. Hope they learn.

IK managed to bring out good number of people, between 60K to around 90K as per various estimates. More than 60% from outside of Lahore, mostly bussed from KP by PTI govt. The promised 'Tsunami Plus' didnt materialise, crowd was clearly smaller than October 2011's 'Tsunami'

For all the mammoth mobilisation and money spent into Lahore rally, the speech by Imran Khan is quite anti-climactic. Many apocryphal examples, haphazard, disjointed; one hour gone and sounding more a celebration of SKMT than a clear cut political and economic plan for governance

PTI guys is it longest speach of this year ?plz reply

With the PtI team in a Historical Jalsa Lahore !!! Inn Shaa Allah future belongs to Imran Khan & the people of Pakistan. pic.twitter.com/MmqBDQ9AfQ

Leading TV channels gave five hours of uninterrupted ad-free coverage to the PTI jalsa in Lahore — but not even 30 seconds to the huge PTM jalsa in Swat pic.twitter.com/TXFPXfmkq5

I told everyone that #PTI will surprise even its most ardent supporters yesterday and they did by bringing in crowds never ever seen before in Lahore. Lahore now belongs to #PTI and it is over for #PMLN henceforth.

PTI has pulled a huge crowd for its election kick-off campaign in Lahore. It will put pressure on other parties to match up. #PTIMinarePakistanJalsa

I would like to congratulate & thank the whole Mobilization Committee, organisers of Jalsa camps acx Lahore & PTI workers who made Minar e Pakistan, one of the biggest jalsa's in Pakistan's history. Well done all!

There was a time when Shaheed Benazir Bhutto use to address such mammoth gatherings be it in Lahore or in other parts of the country. Due to massive corruption and bad governance, today's PPP stand nowhere infact PTI has filled that vaccum. Good show PTI! #PTIMinarePakistanJalsa

The PTI chief on Sunday also said that there was a dire need to depoliticise the police force. After coming into power, he said he would introduce reforms in police department so justice could be served quickly. Citing K-P police as a model, Imran said no case of extrajudicial killing had been reported in the province, while the situation in Punjab and Sindh was alarming.