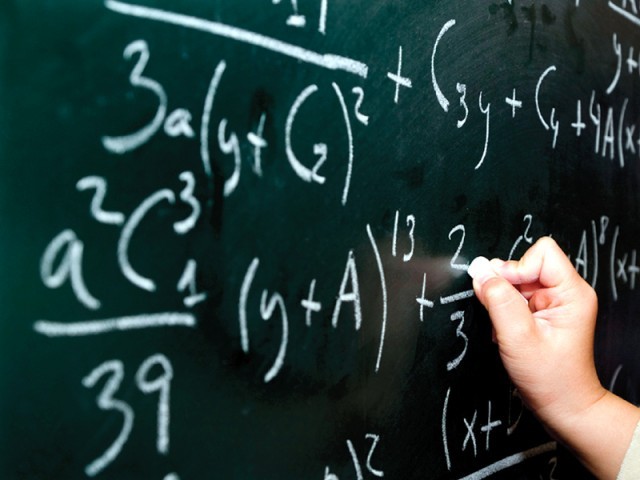 ISLAMABAD: The federal government is nearing the end of a term marked by measures to improve the quality of and facilities for education, especially in the federal capital. But teachers at government-run institutes in the city are less than impressed.

Apart from the lingering issue of ingesting daily wage teachers, faculty at colleges are tired of waiting for an improvement in their service structures as witnessed in neighbouring provinces in recent years and it is leading to a mini teacher drain from the capital.

Promotion of college teachers is governed by a four-tier formula. The formula had been simultaneously introduced in the federal capital and the provinces in 1991.

The promotion ladder ends at BPS-20.

‘Study literature to be better teachers’

While teachers feel things in the capital are stagnant, it seems to have moved in other provinces, especially in the Punjab and Khyber-Pakhtunkhawa (K-P).

While promotion ladders in both provinces were still capped at BPS-20, they altered the ratios for each tier, greatly enhancing the share at the top of the pile. Rooted to their solitary percentage in the capital, Punjab and K-P have greatly enhanced this ratio to three and five per cent respectively.

The quotas for lecturers, though, were reduced in both provinces were reduced to 42 and 38 per cent respectively.

A Capital Administration and Development Division (CADD) spokesperson said that the department is not reviewing any proposal which would revise the promotion formula for college teachers.

Teachers say that the better prospects in K-P and Punjab are making them rethink where they are better valued.

With K-P offering an attractive promotion scale, those with K-P domiciles are opting to leave their jobs in the capital’s colleges and move back to their ancestral homes.  “We have received over 30 applications from teachers in March alone seeking the Departmental Permission Certificate (DPC),” said Federal Directorate of Education (FDE) official who did not wish to be named. The directorate oversees all matters pertaining to government-run schools and colleges in the capital.

The official went on to explain that the DPC is required when teachers move between different territories to show that they have legally transferred from the education department.

“I hold a masters in philosophy (MPhil) degree in Economics and I have applied for the post of assistant professor in K-P because there is a speedy promotion in the province,” explained Arshad Ali who is currently serving as a lecturer at a college in Sector H-8.

He is not alone, Farzana Akram, who teaches at a model college in the capital, said better service structures in other provinces were better.

It is demoralising that teachers with Doctorates in Philosophy (PhD) and MPhils feel they have been treated unfairly and their valuable contribution is undermined, he said, adding that such teachers derive low satisfaction from their jobs.

The association, Prof Mahmood said, has demanded that the government improve the service structure in the capital to keep a hold of its teachers.