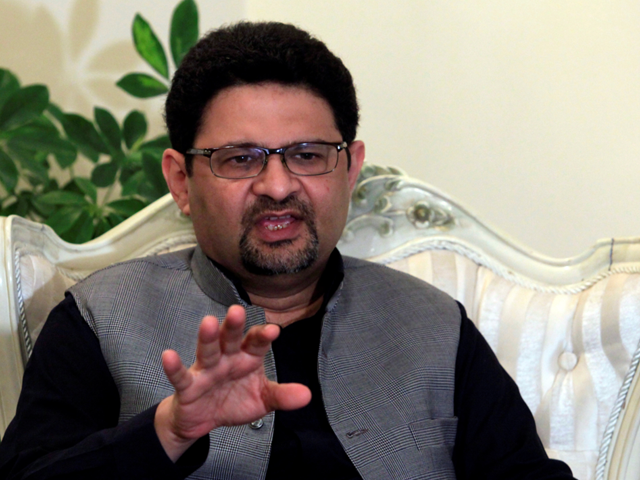 President Mamnoon Hussain administered oath to Ismail during a ceremony at the Presidency. PHOTO: REUTERS

ISLAMABAD: Dr Miftah Ismail has taken oath as finance minister, hours before he is scheduled to deliver the Budget 2018-19 speech in the National Assembly.

President Mamnoon Hussain administered oath to Ismail on Friday during a ceremony at the Presidency, removing the last hurdle in the way of the budget speech.

According to a notification issued on Thursday, Ismail was appointed federal minister for finance, revenue and economic affairs, officially replacing Ishaq Dar. 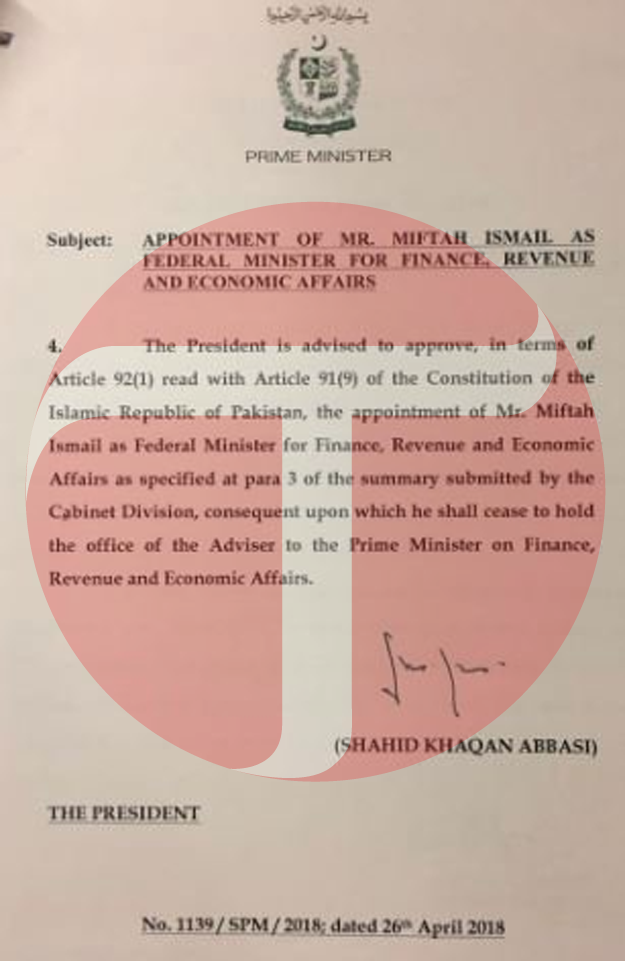 Ismail is not an elected member of parliament, but the Constitution allows the government to appoint a federal minister for a period of six months. Prime Minister Shahid Khaqan Abbasi advised the president to appoint Ismail as finance minister.

In December 2017, the government appointed Ismail as adviser to the prime minister on finance, reintroducing the Musharraf-era model of economic management. His appointment came after former finance minister Ishaq Dar was sent on ‘extended medical leave’ after almost four and a half years in office. Dar is currently facing graft allegations and has been indicted by an accountability court for amassing assets beyond the known sources of income.

The government notified Ismail’s appointment on the same day Rana Afzal Khan was sworn in as minister of state for finance and economic affairs. The government did not give charge of revenue to Afzal since Special Assistant to the PM on Revenue Haroon Akhtar is already looking after the tax machinery.