FJWU Seminar: ‘No need to be ashamed of a transgender in family’

FJWU Seminar: ‘No need to be ashamed of a transgender in family’ 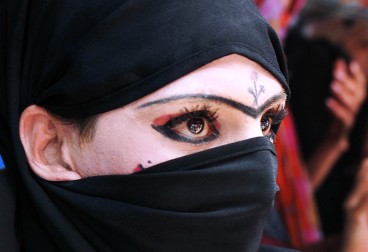 ISLAMABAD: Transgender people are as human as anybody else and their families should not be ashamed of them, said Aysha Mughal the first transgender visiting lecturer of Quaid-i-Azam University.

“We as transgender people want our identity and it is our right that the society should to accept us as human beings and I am working for this purpose,” Mughal said at a seminar on Awareness on Transgender Rights held at Fatima Jinnah Women University’s (FJWU).

The Women Research and Resource Centre (WRRC) of FJWU had organised the seminar on Wednesday at the varsity’s campus.

A glimpse into the lives of Karachi’s transgenders

Mughal said that before the society starts to own its trans-people, the families should accept them as their own.

“If any family has transgender person, they should accept that person and not feel ashamed about it,” Mughal said.

In South Asian societies, transgender people are driven out of homes and neighbourhoods and forced to live a secluded live among other trans-people.

Mughal talked about mainstreaming the transgender people and allowing them access to economic resources.

Faces of Kalash: Untold stories of the valley

FJWU Vice Chancellor Samina Qadir said: “Why don’t we talk on transgender rights, we all are humans and you have to raise awareness about this issue among people.”