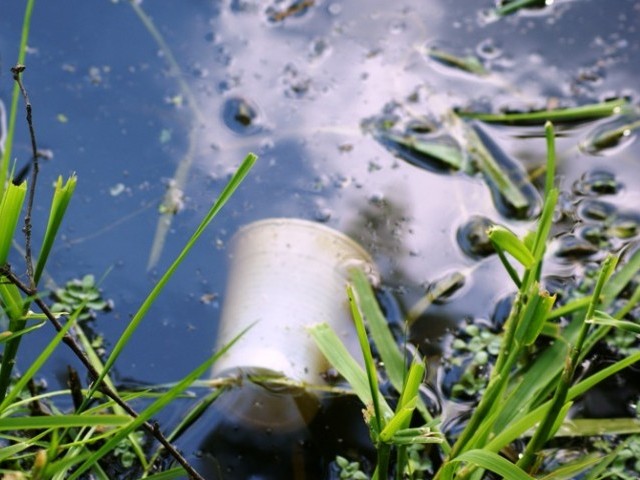 GUJRANWALA: With the onset of summer and temperatures soaring, waterborne infections are on the rise in various districts of Punjab, especially Gujranwala and Gujrat. The water filtration plants in the city have also ceased to function due to non-maintenance and citizens are compelled to consume toxic water.

The situation has caused local residents to take to the streets and lodge protests. They have demanded officials concerned address the issue at the earliest.

A survey by Express News reveals that water supply lines in several densely-populated areas of Ghakkar are damaged. Broken pipelines allow toxic ground and sewage water to mix with the supply line, causing several infectious diseases among citizens, including hepatitis.

The affected areas include Nurpura, Ghalla Mandi, Sharifpura, Normal School Mohalla, Shah Suleman Mohalla, Kashmiryanwala Mohalla, Jinnah Town and others. Jaundice and other potentially fatal diseases have already claimed the lives of several people, while a hepatitis epidemic has also been affecting hundreds every month.

The citizens have repeatedly called on municipal and district authorities as well as area MPAs and MNAs to address the issue. However, negligence and ignorance on the part of the government has led to the loss of several lives.

The situation is even worse in Gujrat where filtration plants situated in different areas have not been maintained for the past several months, compelling citizens to consume hazardous water. Representatives of civil society as well as social, religious and commercial undertakings have demanded that Punjab chief minister as well as the commissioners and deputy commissioners of Gujranwala immediately address the issue and set up additional filtration plants in affected areas.

Citizens complain that water supply pumps in various areas remain dysfunctional, while some areas have been deprived of water for many weeks altogether. “We have been subjected to misery for days,” a citizen, requesting anonymity, complains.

“Our people need to go to far-flung areas to get water because our motors areas are not in order,” he laments.

“Faulty motors must be immediately restored so that people get some relief,” another local demands.

Meanwhile, municipal officers tell Express News that the issue primarily stems from load-shedding. The Municipal Corporation is itself facing issues due to a shortage of funds, the officers revealed.

It transpires that the contractor, who supplied motors to the area, also chooses to distance himself from the issue. The municipal corporation owes him money which is why he remains adamant to not to repair or replace faulty motors.