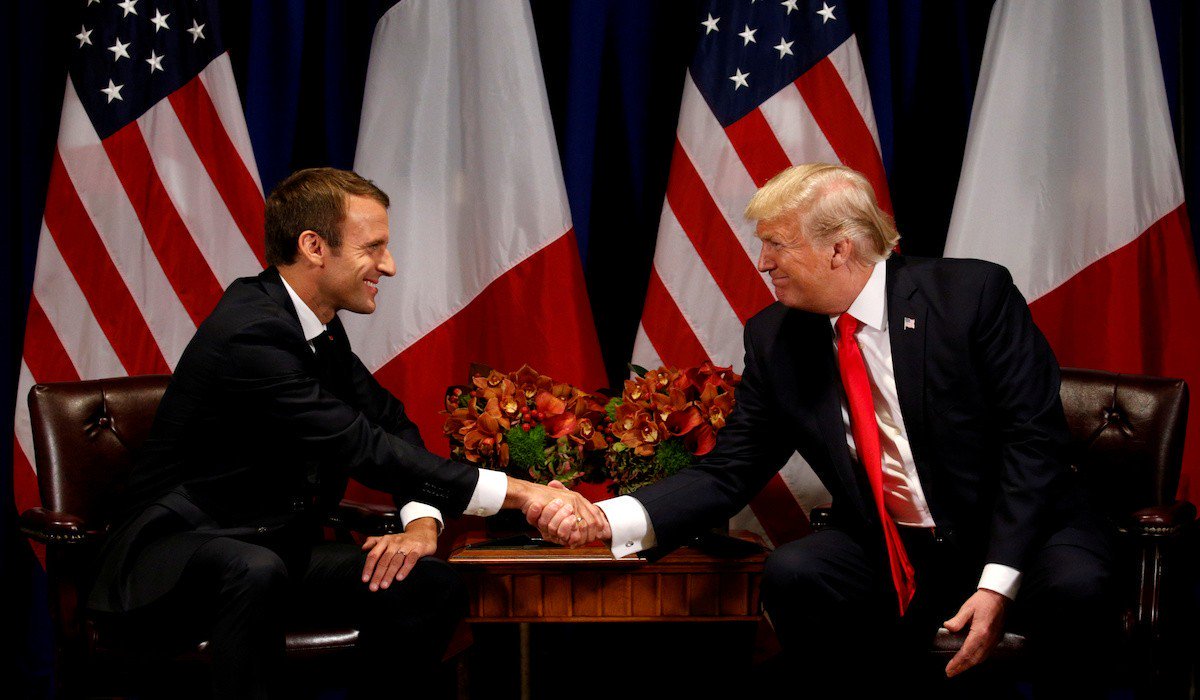 US President Donald Trump and French President Emmanuel Macron emphasized pomp and ceremony on Monday as Macron began a state visit to Washington likely to be dominated by differences with the United States over trade and the nuclear accord with Iran.

As Macron headed to the United States, the Iranian government urged European leaders to convince Trump not to tear up the 2015 deal between Tehran and six world powers.

The French president said on Sunday there was no “Plan B” for keeping a lid on Tehran’s nuclear ambitions.

He is on something of a rescue mission for what is formally known as the Joint Comprehensive Plan of Action (JCPOA), which Trump has said he would scrap unless European allies fix by mid-May what he calls “terrible flaws.”

“This visit is very important in our current context, with so many uncertainties, troubles and at times threats,” Macron said in French remarks as he arrived in Washington.

“It is either all or nothing. European leaders should encourage Trump not just to stay in the nuclear deal, but more important to begin implementing his part of the bargain in good faith,” Zarif wrote on Twitter.

The deal reached between six powers - all of whom but Germany are nuclear-armed - and Tehran put curbs on Iran’s nuclear program in exchange for sanctions relief.

Minutes after Macron touched down in the United States, the White House said it had no announcements on the Iran deal.

“The president has been extremely clear that he thinks it’s a bad deal. That certainly has not changed,” White House spokeswoman Sarah Sanders said.

Macron said on “Fox News Sunday” it would be better to protect the deal instead of getting rid of it. “Is this agreement perfect and this JCPOA a perfect thing for our relationship with Iran? No. But for nuclear, what do you have as a better option? I don’t see it,” he said.

Macron’s visit is the first time Trump has hosted a state visit since he took power in January 2017. While the French leader has tried to develop a close relationship with Trump since he took office last May, he has so far seen few tangible results on issues from Iran to climate politics.


Macron and his wife, Brigitte, shortly after their arrival at the Blair House residence, took quickly to the streets of Washington, walking past the White House complex to the Lincoln Memorial and greeting tourists.

Macron brought with him an oak tree sapling for planting on the South Lawn of the White House. The tree came from the Belleau Woods, site of a World War One battle in 1918 where 9,000 Americans died. Trump and Macron shovelled dirt on the freshly planted tree as the cameras clicked. “France is a very special country,” said Trump. “It’s a great honour.”

Trump and his wife, Melania, and the Macrons then flew aboard Trump’s Marine One helicopter to dine at Mount Vernon, the Virginia home of George Washington, the first US president and Revolutionary War commander whose alliance with France was critical to victory over the British.

The Trumps and Macrons spent about two hours at Mount Vernon. “We had a great dinner,” President Trump told reporters as they boarded the helicopter for the return trip to the White House.

Working meetings will be held at the White House on Tuesday before Macron addresses the US Congress the following day, the anniversary of the day French General Charles de Gaulle addressed a joint session of Congress in 1960.

Trump and Macron began their friendship a year ago in Belgium with a jaw-clenching handshake. While some other European leaders have kept a distance from Trump, Macron has worked hard to remain close to the US president. The two leaders speak frequently by phone.

Iran has long maintained that its nuclear program was for peaceful purposes.


Macron also wants to persuade Trump to exempt European nations from metal tariffs that are part of the US president’s plan to reduce chronic trade deficits with countries around the world, chiefly China.

His visit comes at a time of mounting alarm in Europe over the effect that US sanctions on Russia will have on their own manufacturing industries.

French officials said Paris and other European governments were coordinating efforts to persuade Trump to ease sanctions on Russia, including measures against Russian aluminum producers.

“There are concerns raised by the extraterritoriality effects of the new sets of sanctions,” a French finance ministry source said. “Europeans ... have jointly warned the US administration about the economic impact and consequences and the need to find solutions.”

The official said France, Germany, Italy and Ireland were working together on the matter. German Chancellor Angela Merkel will hold talks with Trump in Washington later in the week.

Macron and Trump are also due to discuss Syria less than two weeks after the United States, France and Britain launched air strikes there in retaliation for a suspected chemical weapons attack that killed dozens.


Macron said last week he believed he had persuaded Trump to keep US troops in Syria, though Trump has been insistent on bringing them home. 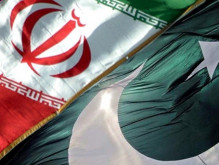 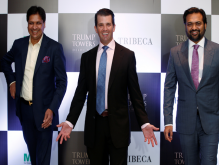 Bunny Rabbit | 2 years ago | Reply | Recommend Reminds me of Sarkozy and George bush ... that partnership brought no good to the entire world .. the world saw a decade of mess and more mess .
Replying to X
Saved ! Your comment will be displayed after the approval.
Error !
Error! Invalid Email.