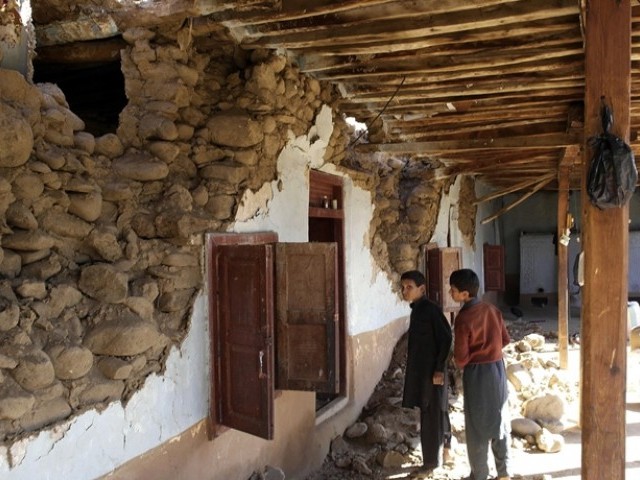 ISLAMABAD  : The delay in rehabilitation work in earthquake-hit areas is due to lack of coordination between the Earthquake Reconstruction and Rehabilitation Authority (ERRA), district administrations, and district police departments, according to a court-ordered report.

Mansehra District and Sessions Judge Mohammad Zeb Khan told the Supreme Court – which had assigned him to compile the report on rehabilitation delays – that the lack of coordination is also benefitting miscreants who are challenging the writ of the state and illegally occupying land.

He also raised questions about the performance of ERRA.

A three-judge bench, headed by Chief Justice of Pakistan Mian Saqib Nisar, on Monday resumed the hearing of alleged embezzlement of $5 billion financial assistance extended by the international community for rehabilitation of survivors of the October 8, 2005 earthquake.

During the hearing, the inquiry report was submitted by judge Muhammad Zeb Khan, wherein it was concluded that the October 8 earthquake caused a magnitude of loss that he has no parallel in the history of Pakistan. It is undisputed fact that neither the local population nor the relief and rehabilitation machinery had the capacity to live up to the challenge. “Rather I can safely conclude that prior to the earthquake, there was no such dedicated agency to conduct the relief operation,” says the report.

The judge also observed that in the past, whenever disaster struck, the army had a leading relief in such operations. It was the first time that the government of Pakistan realised the need to establish a dedicated agency for the purpose and it was the first time that this agency was conducting such mammoth operations. Thus, having no past experience they were bound to commit mistakes and learnt through trial and error.

“Many instances have come to my notice where there were flaws in the planning. For instance, instead of completing projects which were 94 per cent complete, ERRA initiated new projects”

“Throughout this inquiry, I observed a lack of coordination between ERRA, the district administration and district police besides client departments. The shocking example is New Bakakot City and the fact that the client departments are not taking timely possession of the completed projects. The key to developing coordination is to invest a lead role in one department agency and with that would also come its accountability. In the absence of this lead role coordination to my mind cannot be achieved,” says the judge in his report.

The judge also recommended that a committee consisting of all stakeholders oversee the work.

He also lamented that ERRA could not utilise the allocated budget and only made excuses and justification they are extending is unencumbered land or space to work, adding that master plan appears to be defective, adding that it is strange to see that contract reached by ERRA with contractors and consultants spans for an indefinite period of time. The machinery as claimed by the contractor to have been stationed could not be spotted on the judge’s visit to Balakot city.

Meanwhile, the apex court also expressed dissatisfaction over the performance of ERRA regarding the rehabilitation of earthquake affected areas in district Mansehra. The bench has sought complete details of administrative expenditure of ERRA.

The court also summoned secretary finance on Wednesday regarding withholding of funds for the rehabilitation of affected areas. The bench asked the office to provide the copy of the report to all concerned parties.

Why this matter should not be sent to NAB for investigation, the CJP questioned during the hearing.

During the hearing, CEOs of all relevant factories appeared bench and sought time for a permanent solution regarding the use of water. They gave different proposals to resolve the issue. It is stated that Rs7 billion would be spent to get water from Jehlum River.

However, the bench expressed dissatisfaction over their proposals. The factories are exploiting the shield of national interest, says the CJP. The CJ asked owners of factories to visit and see the miseries of residents of the area due to lack of water. He also told them that they have to pay for the underground water utilised since 2004 Due to consumption of water, the underground water level has been decreased.

US envoy placed on ‘blacklist’ for killing biker