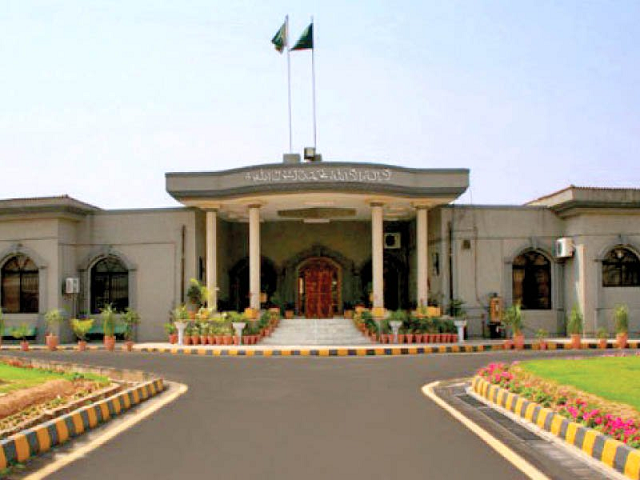 ISLAMABAD: Some residents of Ghouri Town have approached the Islamabad High Court (IHC) against the town developers accusing them of violating the original layout plan with impunity while simultaneously questioning the Capital Development Authority (CDA)’s inaction against them.

They have approached IHC saying when the buildings constructed on the amenities plots are sold to the ordinary citizens, they face the consequences of the illegal actions but the perpetrators of the actual violation are left scot free, who amass billions of rupees through their misadventures.

The counsel said that the petitioners had purchased the plots from their lifetime saving and built the houses thereon for a decent life and the respondent Akber, his son and the director Ghouri Town had launched, marketed and managed the housing scheme in Zone IV and V of Islamabad.

As per the original lay out plan of phase 4-A of the scheme, the counsel said, amenities plots for parks, mosques, graveyards and schools were earmarked and keeping in view the same the petitioners purchased the plots and built their houses thereon.

Recently, the petition read, it has come to the knowledge and observation of the petitioners that the developers have started converting the amenities plots meant for parks, mosques, graveyards and schools into residential and commercial plots in violation of the original layout plan.

Rahiem said that the Ghouri developers with their partner Choudhary Abdur Rehman earlier gave an undertaking to CDA on July 13, 2017, to the effect that Ghouri Town was launched, marketed and managed by them and all formalities such as land documentation of Ghouri Town in zones IV and V shall be completed as per the ICT (zoning) Regulation 1992.

In addition, the undertaking read, they shall not carry out any further development in the existing phases of Ghouri Town without the approval of CDA, except essential repairs of already completed development work.

Furthermore, they shall not carry out or allow the construction of any building, plaza and commercial building without the requisite NOC from CDA in all phases of Ghouri Town failing which CDA shall be at liberty to proceed against them in accordance with law.

Despite the blatant violations of the original layout plan, ICT (zoning) Regulation 1992, and undertaking given by the developers, Rahiem said, “no action was taken by CDA against the developers” when they violated the undertaking.

Recently, Rahiem stated, Akber his son and the director had started excavating land adjacent to a house at the end of street 39, phase 4A in order to create new plots.

As a result of a spell of heavy rain, Rahiem said, the house adjacent to the excavated land collapsed, the poor family living in the house got buried under the debris and two minor girls died at the spot and their parents were seriously injured with broken limbs.

Also, the respondents have started filling the land on the banks of Korang Nullah at different places for the purpose of creating additional plots, which has reduced its width and it results in flooding in heavy rains.

Besides this there is no sewerage plan of the Ghouri Town and all the sewerage waste and water is drained into the Korang Nullah. It has become a dump of stagnant water which is hazardous the environment.

All these violations are done under the patronage of CDA, who are openly patronising these violations since years, he said, adding despite the repeated complaints and requests of the residents CDA has turned a blind eye to these blatant violations of law. “The deviation from the planned layout will naturally result in discomfort and inconvenience to other residents including the petitioner,” he stated.

In the petition, Rahiem stated that the offending structure, made in violation of the provisions of the Islamabad Building Regulation, 1963, or the Islamabad Residential Sectors Zoning Regulation, 1985, shall be liable to demolition in accordance with section 49-C of the CDA Ordinance, 1960, unless regularized by the authority on the payment of compounding fee as may be fixed by the authority from time to time.

Petitioners have asked the court to take action against the respondents in accordance with section 49-C of the CDA Ordinance, 1960, against the rampant violation of law.