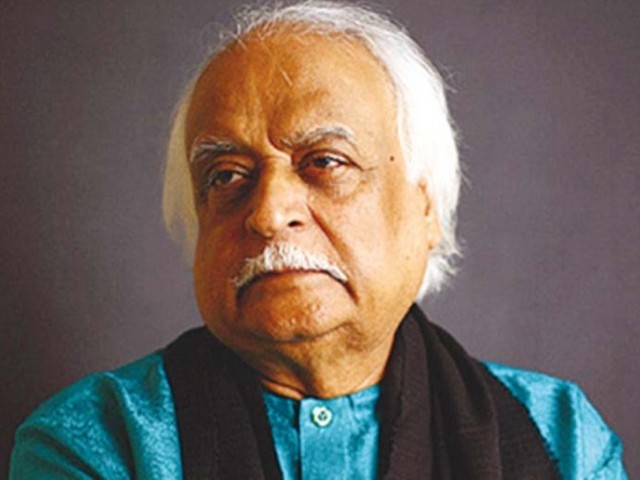 KARACHI  : Satire is the use of humour and ridicule to expose people’s flaws in the context of socio-politics and other contemporary issues. Add to it the fact that an artist using satire to talk about a society’s deep-rooted issues must have something intelligent to say and show them the mirror in a careful manner.

Veteran humourist and writer Anwar Maqsood released the latest episode of his online series titled Anwarnama on April 22 and it intended to be a satire on Sindhis. Titled Aik Sindhi Ka Interview, it shows Anwar reading a skit featuring him and a ‘common Sindhi’.

In an attempt to be funny, the episode starts off with the interviewer asking the Sindhi what he does for a living and he responds, “Nothing, I don’t need to work because I am Sindhi.” It then describes how the Sindhi man enjoys living a lavish lifestyle, indulges in various vices and in theory, dies multiple times in order to avoid paying off debt.

The episode irked the entire Sindhi population, here and abroad and caused a massive online backlash. Although it has now been removed from social media after Anwar publicly apologised, it merely goes on to show people’s attitude towards the Sindhi community.

Aik Sindhi Ka Interview comes off as offensive just for the sake of being offensive and it isn’t the least bit funny. The veteran had nothing important and intelligent to say and did not look at people in a critical manner but relegated to, intentionally or not, reinforce the stereotypes about Sindhis that have been consistent in Pakistani entertainment and media for years. This is the lowest common denominator of humour one didn’t expect from a legend like Anwar.

Talking to The Express Tribune, The Sketches front man Saif Samejo revealed that Anwar and Moin Akhtar had always been offensive, even back in the days of Loose Talk. “They had episodes where Akhtar appeared as a Bengali or Pashtun. It’s nothing new and I have been speaking out about this for years but no one cares,” he said. “Our media and films always showed a bandit wearing an ajrak, which is a sign of ultimate respect in our culture. Sindhis even welcomed immigrants during the time of Partition with an ajrak. Diversity is the strength of Sindh, which is the only diverse region in Pakistan.” 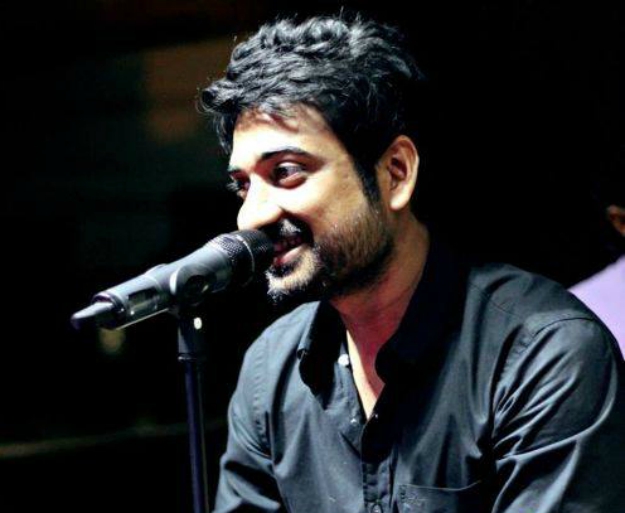 Saif continued, “I watched this recent episode and I don’t understand how one can call Sindhis jahil when you live in Sindh. You sit alongside him and a Sindhi accepts you as part of the community. Sindhi is not just a government worker or a certain political party supporter, he is also Sachal, he is also Bhittai. Sindh is also the land which welcomes everyone whether Christian, Hindu or anyone else.” He added that Anwar had a substandard mentality and that he was still caged in that old mindset. “You are in Sindh now and you are Sindhi too,” Saif retorted.

Comedian Ali Gul Pir reiterated that Loose Talk had a lot of controversial episodes. “But there was no sensitivity back then. Now it’s different. He doesn’t narrow it down to a government worker or anyone but generalises and says ‘aik Sindhi’. When the first joke you make is that he’s lazy, you are clearly reinforcing a stereotype,” he said. “When I made Wadere ka Beta, it was centered on Sindhi wadera, not all Sindhis. It was made clear. If there is a wadera villain in a film, it’s not racist because every story needs certain characters. The point is that distinction be made and there should be no generalisation.” 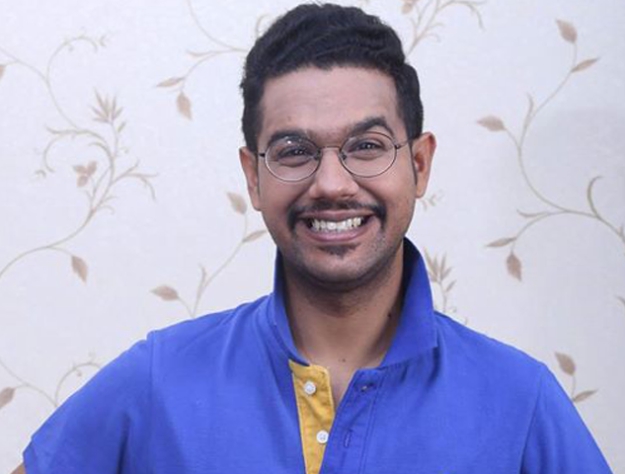 Ali mentioned he could find lazy people everywhere and not only in Sindh. “There is a way to go about criticising society or people. But what concerns me is that nobody else in his team saw the problem in this video. Why should a renowned artist reinforce the same stereotypical ideas and divide people when we are going past the ethnic and sectarian conflicts here.”

TV personality and politician Mahtab Akbar Rashdi criticised the timing of the video’s release. “Maqsood is an intellectual satirist and has a way of looking at things. But now at this juncture we are getting sensitive about so many things, about culture, language, etc and we are intolerant about so many things, and taking everything personally. In this scenario, releasing this video shows insensitivity,” she said. “People are taking it seriously and Maqsood should know that people are sensitive about certain things regarding the land of Sindh. It’s not intolerance but because of love for their land. Sindhis can’t compromise about anyone talking about Sindh. When it comes to their culture, land and water, there is no compromise.” 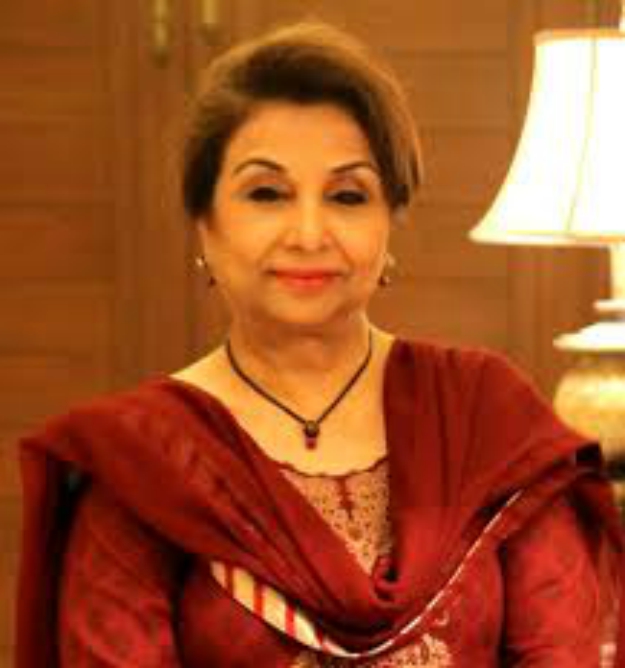 Mahtab continued, “This could have been easily ignored but not at this time. I know he makes fun of everyone but this is just rubbing salt in someone’s eyes. Not every Sindhi acts like he showed. You are targeting an entire nation of people. It’s not humor, its humiliation.”

Anwar Maqsood’s ‘Siachen’: Mastermind Dawar Mehmood is back – this time with Sajid Hasan

Director Institute of Sindhology Dr Ishaq Samejo said it showed a biased and narrow-minded view of people. “This video isn’t only against Sindhis, but also Urdu-speaking community. It’s just trying to create a divide between us and this attitude is condemnable,” he said. “Sindhis have always been welcoming and loving towards others. For me, Maqsood hasn’t only diminished his status as a writer but also a human.” Ishaq called the episode “a third-rate satire, if it can be called satire at all,” and said that one of the founding fathers and statesman Liaquat Ali Khan initiated this attitude, which has now become a mindset. “He called Sindhi culture that of donkey-carts and the language of illiterates and uneducated. This is the privileged class whose attitude has prevailed for so long and is not acceptable.”

Director Benazir Bhutto Chair at University of Karachi, Sahar Gul, likened this attitude to a form of narcissism. “It’s a form of narcissism that my language, sect or culture is supreme. It leads to curbing of diversity and the last stage is that if you’re not like me, you should be killed. If he (Maqsood) had used the word Sindhi wadera, it could have been tolerated.” She said, “We are proud of our rural areas where agriculture is a big part of our country and our people. This is a social responsibility of the literati they should condemn the killers of the community, and remove bias from the community. But they don’t do this.”

Initially defending the video, Anwar said he had lived in Sindh since he came in 1948 and he respected all the greats and even knew some personally. In the video, he is seen holding a copy of Shah Jo Risalo and apologising to everyone for hurting their sentiments. “It worried me that I hurt people’s sentiments. I don’t belong to any political party and I knew Benazir Bhutto and Asif Zardari. Sindh is a land of love, where Sachal and Bhittai lived,” he said. “I apologise to everyone that my humour hurt my Sindhi brothers’ sentiments.”

Anwar’s timely apology must be appreciated as he realised and retracted the video to fix the mistake. But the larger picture shows that the cause of concern isn’t only this video but that this attitude towards the Sindhi community has been going on for years. Comedy has been used to reflect on society for so long and it has the right to be offensive but only when it has something of value to say. I would personally be on board if Anwar’s piece was at least funny and painted a true picture of a common Sindhi or had done away with generalising the entire community. It’s like making a stereotypical Pathan joke. In this day and age, it’s not only unfunny, but rather crude and perhaps only has a place in local stage shows which feed on this low-taste comedy. It isn’t something one would expect from someone with a stature that Anwar enjoys.

Times are changing and today, even the slightest error can mount up to be a bigger issue. This small negligence, which could have been easily avoided on part of the veteran humourist, exposed the plethora of issues concerning stereotypical representation of Sindhis in local media.

Go out of our comfort zone and you realise, just like in every nation, there are people who are good, motivated, hardworking as well as lazy and corrupt. As Saif pointed out on Twitter that it wasn’t only about Anwar or Akhtar but about the venomous mindset that is prevalent. “Since we grew up, we have been seeing such a wrong image (of Sindhis) and every age has to prove that we aren’t like what you portray us to be. Pakistan needs to revisit Sindh and feel (and understand) what ‘Sindhyat’ really is.”