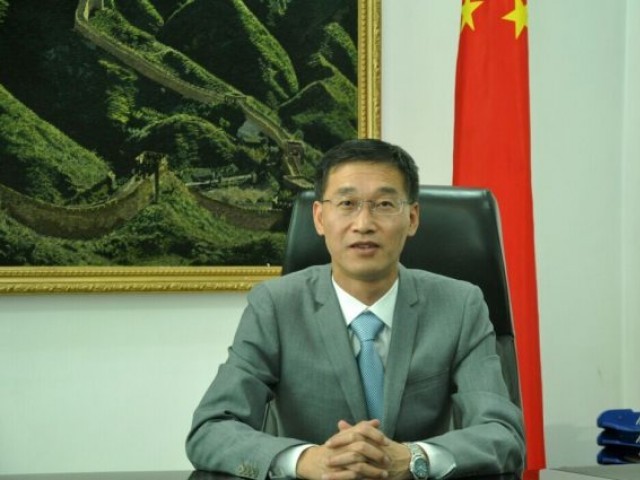 Speaking at an event to mark “UN-Chinese Language Day” Yao Jing said the promotion of Chinese language in Pakistan is a new stage of cooperation between the two countries since language is the most important means for communication, cooperation and connectivity.

He congratulated the Pakistan-China Institute under the leadership of Senator Mushahid Hussain Sayed, on the efforts the think-tank platform has made to promote the bi-lateral relationship between Pakistan and China.

“To commemorate the efforts of the Institute, on behalf of the Chinese Government, we will take 30 Chinese language trainers from the PCI to China to promote further cooperation.”

The function was organised by Pakistan-China Institute, a local think-tank working to promote the bilateral relations between Pakistan and China at Pakistan Institute of Parliamentary Services, (PIPS) Islamabad.

Speaking on the occasion, Senator Mushahid, said that people to people relationships are extremely important. “Last year, during the China-Pakistan Economic Corridor (CPEC) Joint Cooperation Committee JCC), for the first time culture and tourism were included as a part of CPEC”.

Ambassador (Retd) Hasan Javed, Director Chinese studies centre at National University of Science and Technology (NUST), in his remarks mentioned how the Chinese Silk Route, which is now being described as the Belt and Road Initiative (BRI), is important for Pakistan’s history.

“The Silk route converged in Peshawar, where traders from different ethnicities would do business”. He also emphasised the importance of history and culture of the Chinese Language.

Other speakers at the event included NUST Sinologist Zamir Awan, Confucius Institute Islamabad Director-General Dr Zhang Daojian and Pakistan-China Institute Executive Director Mustafa Hyder Sayed, who stressed on the soft-power of China, that being its culture, and its importance in a Pakistani context, since the evolution of China-Pakistan Economic Corridor (CPEC).