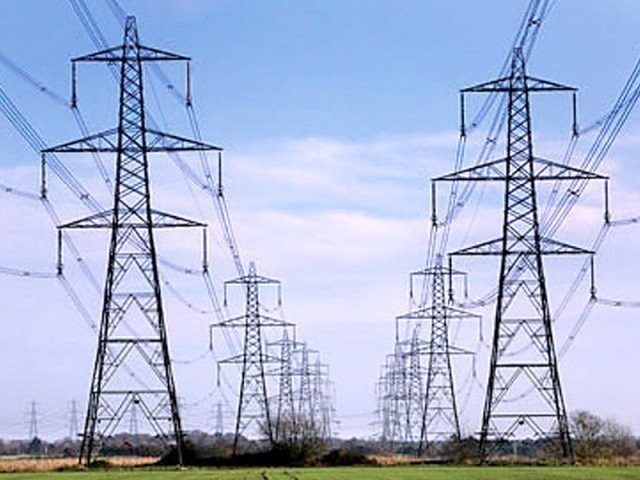 Says K-Electric owes Rs70-80 billion to SSGC and until this dispute is resolved, gas supply would remain suspended. PHOTO: FILE

ISLAMABAD: The government will not succumb to blackmail and K-Electric’s gas supply will not be restored until a gas supply payment agreement (GSPA) is signed, Minister for Power Sardar Awais Khan Leghari said on Friday.

He was talking with media persons after presiding over an inter-ministerial meeting.

K-Electric, he said, owed Rs70-80 billion to SSGC and until this dispute was resolved, gas supply would remain suspended.

He said that gas could not be supplied without an agreement.

“We want to resolve the issue as soon as possible, but how can gas be supplied to KE without any gas sale-purchase agreement (GSPA)?” he said.

He said that the government would not succumb to blackmail by the tactics used by the power utility in this regard.

Minister said that officials of Petroleum Division, Power Division and KE had held a detailed discussion on the issue of outstanding dues.

Leghari said that on payment default, the utility arbitrarily disconnected electricity to poor consumers but when KE itself did not pay dues amounting to billions of rupees, why should not the gas company reduce its gas supply?

The K-Electric, the minister said, insisted that a payment mechanism should also be prepared for recovering its dues from Karachi Water and Sewerage Board (KWSB).

“We have agreed that SSGC and KE will formulate a payment formula whereas the finance ministry will facilitate resolution of outstanding dues of KE against KWSB (Sindh government),” he said.

SSGC’s outstanding principal amount against KE amounted to Rs13 billion but it swelled to Rs60-70 billion because of late payment surcharge, he maintained.

The minister stated that after the two utilities agreed, gas would be supplied in accordance with the new GSPA.

“We will ask the Sindh government to sort out issues with KE so that people of Karachi do not face hardships,” he stated.

Answering another question, he said that 650 megawatts of electricity, currently being supplied to KE, was meant for the people of Karachi because the federal government was sensitive to Karachi’s needs.

Minister said that people should realize that dispute of this magnitude could not be resolved in just one emergency meeting.

He said that the prime minister had also held a meeting last Sunday and directed the departments concerned to sort out the issue but unfortunately this could not be done because KE had issues which it shouldn’t have.

He said: “The (overdue) amount of Rs60-70 billion is public money … We will not be blackmailed at any cost and I think KE will also have no need to resort to such tactics after today’s meeting,” Leghari said.

Commenting on the threat of Chief Minister Sindh Murad Ali for a sit-in at the Prime Minister’s House ad, the minister said that he did not understand the need for a spectacle in front of television cameras before general elections.

Murad Ali Shah, he said, needed to devise a mechanism to ensure provision of uninterrupted electricity to poor people of Hyderabad and Sukkur who regularly paid their bills instead of staging a sit-in at the PM House.

Commenting on the potential purchase of the utility by Shanghai Electric Power (SEP), the minister said that the government had no role in this deal. The government, he said, only provided friendly environment to investors.

According to a statement issued by the K-Electric:

“There has been no increase in gas supply to K-Electric even today. KE has been chasing SSGC to sign GSA for 190 mmcfd in line with the National Gas Allocation Policy, but SSGC remains reluctant. KE continues to pay monthly gas bills and remains committed to settle outstanding principle amount of Rs13.7 billion. We have even provided three-month security deposit that they (SSGC) had earlier demanded but unfortunately all this does not seem to be enough for SSGC. They insist on recovering sub-judice amounts … of Rs60 billion in terms of interest and late payment surcharge. The very basis of the calculation of these amounts is under question in a court of law … How is this demand of SSGC legitimate? How is this a valid pre-condition for signing GSA?”