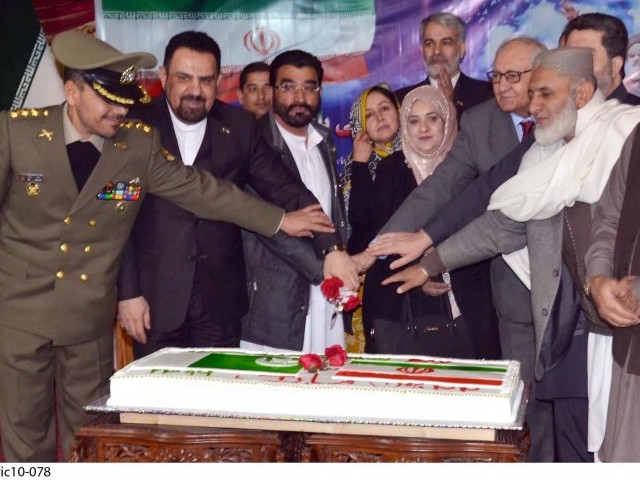 Balochistan Governor Mohammad Khan Achakzai and Iranian Consul General Agha Mohammad Rafiei along with others cut a cake during a ceremony to celebrate the 39th Anniversary of the Islamic Revolution in Iran. PHOTO: ONLINE

“Through outdated methods of education, we cannot forge ahead according to the requirements of the contemporary world,” said the Balochistan governor while heading the third Senate conference of University of Turbat on Thursday.

Members of the university, including vice chancellor Abdul Raziq Sabir, were also present on the occasion.

Achakzai said, “The world is developing swiftly. The innovations which took place in last couple of years are going to be rendered useless in the face of modern-day necessities of man.”

He said, “As teachers are the role models of their students in every society, they must also focus on character building of their students. As the major part of population in Balochistan is composed of youth, therefore, it is necessary to bring the capabilities of youth into practice so that their abilities can be utilised for the development of the province.”