Pakistan is hedging bets on China as dollar reserves deplete

Pakistan is hedging bets on China as dollar reserves deplete

Is hoping to get over $5 billio­n during remain­der of the fiscal year with huge portio­n from Chines­e credit­ors
By Shahbaz Rana
Published: April 20, 2018
Tweet Email 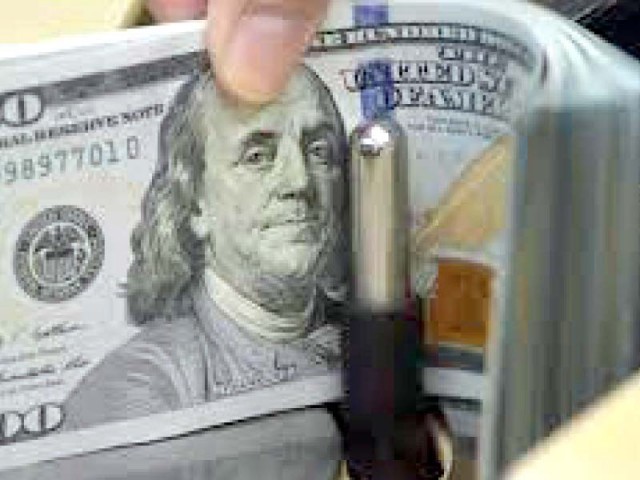 The government has also estimated $1.2 billion more in loans to be received from bilateral countries, mainly $900 million from China, the sources said. PHOTO: FILE

ISLAMABAD: Pakistan is increasingly hedging its bet on Chinese creditors to save its fast-depleting foreign currency reserves, as the country seeks to meet its revised annual budget estimates of $12.8 billion in foreign economic assistance.

Pakistan has so far received $7.5 billion, less than the revised estimate, but almost as much as the original budgeted amount in loans it hoped to get during the fiscal year. However, as foreign currency reserves continued to deplete, the country has been forced to increase its loan book, and is looking towards China to fill the gap.

Disbursements of foreign loans remained at $7.53 billion from July through March of this fiscal year due to delay in release of some loans by Chinese financial institutions, said sources in the finance ministry . Pakistan had hoped to receive loans from the Bank of China and China Development Bank in March.

But the Bank of China disbursed $200 million in the first week of April and the first tranche of the total $1.5 billion from the China Development Bank is now expected before the end of this month, the sources said.

For the outgoing fiscal year 2017-18, the government had initially budgeted $8 billion worth of foreign economic assistance. However, sources said that due to higher than estimated current account deficit, the finance ministry has now revised its estimates to $12.8 billion.

The SBP on Thursday reported that the current account deficit widened to $12.02 billion during July-March period of this fiscal year.

The $7.53-billion disbursements were only 59% of the revised estimates, which has raised concerns in the Q Block about the sustainability of official foreign currency reserves. The gross official reserves held by the central bank amounted to only $11.4 billion as of April 6. The International Monetary Fund has recently said that in case of low disbursements, Pakistan’s foreign currency reserves may slip to $9.4 billion by June this year.

In March alone, Pakistan received only $256.6 million. Out of the total $7.53 billion, Pakistan received $1.72 billion on account of foreign commercial loans. This included $1 billion disbursements by the Industrial and Commercial Bank of China (ICBC), $255 million by Suisse AG, $200 million by Standard Chartered Bank and $257 million by Citibank. Pakistan also floated $2.5 billion worth of Eurobonds to stabilise the reserves. Multilateral agencies also gave $2 billion, almost half of it by the Islamic Development Bank.

Sources said that the finance ministry was aiming at $5 billion in disbursements in the remainder period of the fiscal year. About $2 billion has been estimated to be received from Chinese financial institutions alone, they added. This included $1.5 billion from China Development Bank and $500 million from ICBC. However, the ICBC lending is doubtful, as the commercial bank has already taken significant exposure in Pakistan.

The government also plans to take minimum $400 million loan from China, which could go up to $750 million, the sources said.

The government has also estimated $1.2 billion more loans to be received from bilateral countries, mainly $900 million from China, the sources said.

In order to firm the multilateral and bilateral loans estimates for the remainder period of this fiscal year, a meeting is expected to take place this week in the Q Block.

The sources said that if some of these loans did not materialise, it could create problems to manage the external account.

During the last five years, the PML-N government has taken more than $40 billion in gross loans. These loans were taken to offset the pressure from the external account due to low exports and very high volume of imports. Its plans for next fiscal year also talk about taking another $13 billion loans.