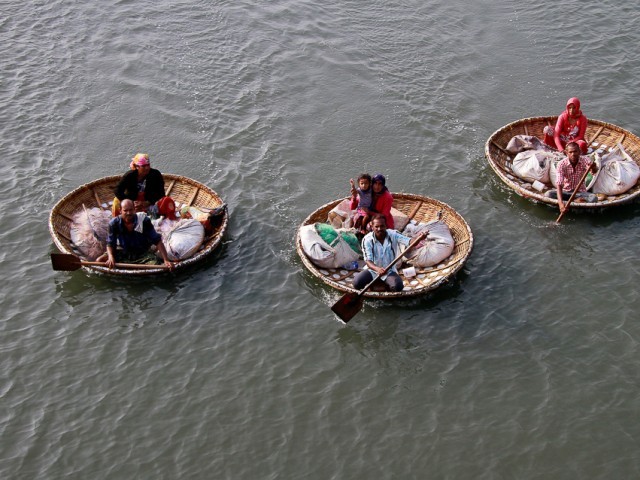 Fishermen paddle their boats as they carry their family members in the waters of Vembanad Lake in Kochi, India. PHOTO: REUTERS

MUHAMMAD ZAFAR: Balochistan Chief Minister Abdul Quddus Bizenjo has said thousands of Baloch are associated with fisheries and the provincial government seeks to protect the rights of local fishermen.

Bizenjo said this during a meeting with Commander Coast Pakistan Navy Admiral Moazzam Ilyas in Quetta on Wednesday. He applauded the Pakistan Navy’s efforts in revamping health and education in the coastal areas of Balochistan.

“Balochistan government is utilising all resources to address the problems of local fishermen on a priority basis,” he said.

The chief minister said the illegal fishing by Sindh was directly affecting fishermen in Balochistan, and “the exercise is endangering the marine life as well”.

“The provincial government is committed to protecting the rights of local fishermen, and there is a need to take preventive measures against illegal fishing,” he added.

Bizenjo also discussed development projects with Admiral Ilyas including Pasni fish harbour, Ormara airport and Pasni hospital.
“The CPEC will pave the way for business activities in Balochistan’s coastal area. It will also result in thousands of jobs to the people of the area,” he said, adding that the provincial government would continue its cooperation over the social development projects launched by the Pakistan Navy.