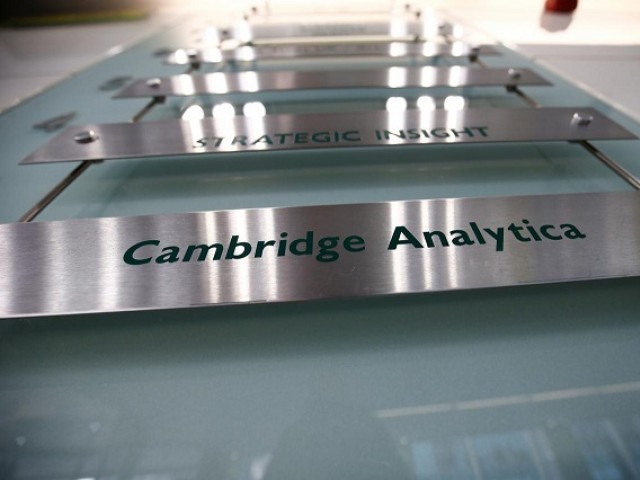 NEW YORK: Cambridge Analytica was planning to raise money by issuing a new type of digital currency before it became embroiled in a scandal surrounding the misuse of Facebook personal data, sources familiar with the matter told Reuters on Tuesday.

The British data analytics consultancy had approached a firm that advises companies on how to structure an initial coin offering, an increasingly popular online fundraising scheme involving the issue of a new digital currency, the sources said.

The firm was looking to raise as much as $30 million, one of the sources said.

It is not known if Cambridge Analytica is still pursuing such plans. A spokesman did not comment on the coin offer but did say the firm was looking at using blockchain – the technology underlying digital currencies – to help people secure their online data.

“Prior to the Facebook controversy, we were developing a suite of technologies to help individuals reclaim their personal data from corporate entities and to have full transparency and control over how their personal data are used,” a Cambridge Analytica spokesman said in an email to Reuters. “We were exploring multiple options for people to manage and monetise their personal data, including blockchain technology.”

Cambridge Analytica, which did work for US President Donald Trump’s 2016 election campaign, has been under intense scrutiny for the past month after the New York Times and the Observer reported that it improperly gained access to personal data of millions of Facebook users. Facebook said earlier this month that data of more than 87 million users may have been affected.

Cambridge Analytica has said it properly licensed data on far fewer users from a research firm.

A coin offering would have made Cambridge Analytica one of hundreds of firms attempting to raise capital as the value of digital currencies soar.

Companies raised $3.5 billion through such offerings this year, according to research firm Autonomous. They have been popular with investors as they are able to trade the tokens on online exchanges, often for a profit.