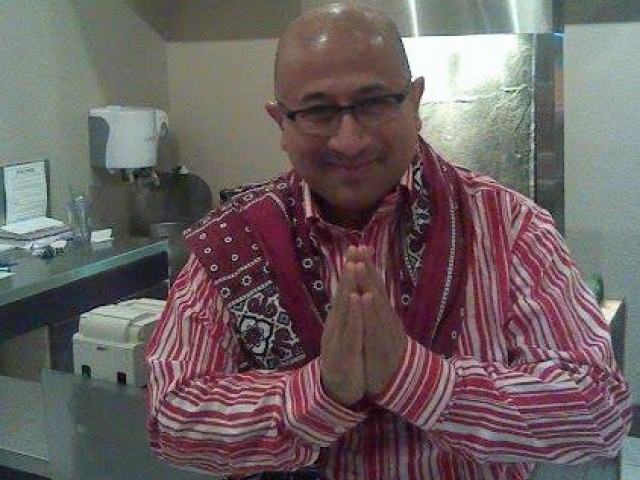 'Go and ask these high ranking RAW officials what they are up to,' says Ahmar PHOTO: FACEBOOK

Controversial journalist-activist Ahmar Mustikhan, who claims he heckled deposed premier Nawaz Sharif ‘at the behest of India’s Research & Intelligence Wing (RAW)’ rapped the spy agency after being “dragged to court”.

And then, people have the temerity to question me on what I have done. They should ask RAW top bosses what they have done, Mustikhan added. He claimed the spy agency used individuals of dubious character to implicate him in a false case.

“Is this the stuff Hindus are made of? Is this how the cause of the religion can be served,” Mustikhan said.

The journalist-activist, who has worked across international newsrooms, promised to reveal everything on the next hearing of the case, slated for April 24. “I will reveal everything. I will speak about everything the RAW subjected me to,” Mustikhan said.

He said he would share hearing details soon. The journalist-activist said he will expose the RAW before the world. “I will unveil them. Is this how one is treated for heckling Nawaz Sharif and terming him a friend of (Osama) bin Laden,” Mustikhan said.

Guy with criminal record rubs shoulder with @SadhguruJV @Swamy39 @narendramodi wrongly accuses me of harassment along with some other Indian agents @AjitDovalFans @AjitDoval007 pic.twitter.com/GsJq6Fm9JR

He also called upon India’s National Security Adviser Ajit Doval to take notice of RAW’s antics. “Mr Ajit Doval, you are an individual of note. How can you let such hoodlums do this with me? This is India’s loss,” Mustikhan said.