It was the second time since Februa­ry that the compan­y has tempor­arily shut down its produc­tion line
By Reuters
Published: April 17, 2018
Tweet Email 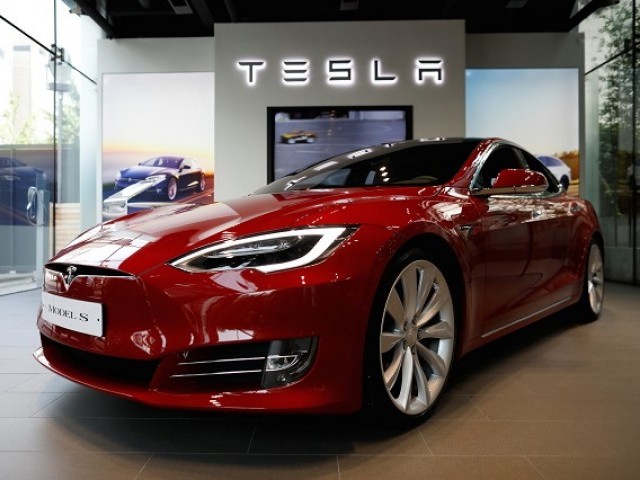 SAN FRANCISCO: Tesla has temporarily suspended its Model 3 assembly line in what the company said on Monday was a planned production pause, as the automaker continues to face challenges ramping up its new sedan.

It was the second time since February that Tesla has temporarily shut down its production line for the Model 3 at its Fremont, California plant.

“These periods are used to improve automation and systematically address bottlenecks in order to increase production rates,” a Tesla representative said on Monday.

BuzzFeed, which first reported the news, said workers were expected to use vacation days or stay home without pay during the four- to five-day production pause.

After repeated delays in production of its Model 3 sedan, Tesla is now trying to catch up to a target of building 2,500 vehicles per week by the end of the second quarter. Problems within its heavily roboticised assembly line have complicated those efforts.

On Friday, Musk acknowledged for the first time that he had over-relied on automation in the Model 3 assembly line, a stunning concession from Tesla’s leader who has previously scoffed at competitors’ manufacturing prowess and bragged about creating an “Alien Dreadnought” within the Fremont factory by 2018.

“Yes, excessive automation at Tesla was a mistake,” Musk tweeted on Friday. “To be precise, my mistake. Humans are underrated.”

He also tweeted on Friday that Tesla would be profitable and cash flow positive in the third and fourth quarters, with no need to raise money.

Many analysts dispute this analysis, which hinges on a rapid rise in production of the Model 3 sedan. Delays and lower-than-expected volume have postponed revenue from cars being delivered to customers from reaching Tesla’s bottom line.

Shares did not move after hours after falling 3 per cent on Monday, pressured by Musk’s acknowledgment, a report alleging that Tesla undercounted worker injuries – which the company denies – and an amended lawsuit originally filed last year that alleges Musk misled investors about Model 3 production.

In February, Tesla suspended production of its Model 3 for four days in what it said was planned work to adjust equipment in order to improve automation and address bottlenecks. It warned of possibly more periods of downtime in coming months.

Automakers generally do stop or slow production of new models to iron out problems with the production system, although Tesla took shortcuts with the testing of its production line in order to get to market more quickly, shortcuts that some experts say have resulted in early manufacturing problems.