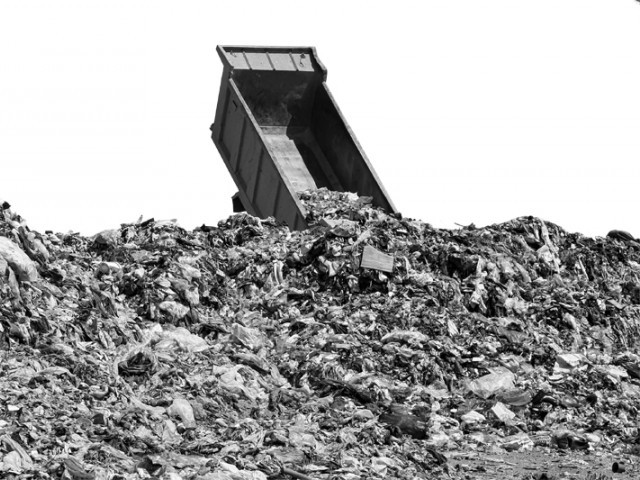 RAWALPINDI: Even as the city continues to spew out over 850 tonnes of waste every day, there has been little progress on building a waste disposal plant in the garrison city.

Around 18 months ago, the Rawalpindi Waste Management Company (RWMC) had put pen to paper on a memorandum with the Pir Mehr Ali Shah Arid Agriculture University for producing power from waste generated in the city.

A mini-power plant, to prove the feasibility of the plan was also built in the university, but work on the project has failed to even progress to the pilot stage. The mini-power plant lies with a padlock on its door.

Despite that, the waste management company has started a study to produce electricity from waste at its dumping point.

RWMC Senior Operations Manager Dr Hamid Iqbal, who holds a doctorate in environmental engineering, said that waste dumped at designated spots can not only be used to produce gas, but also to generate power.

Dr Hamid Iqbal said that they were discussing on setting up a project at their dumping site in Sahang, Gujjar Khan where a plant spread over 2,200 acres can be set up.

He said that they were working in setting up the plant and acquiring land for it.

The RWMC has already handed the Turkish company Albaerik an Rs8 billion contract to collect trash from 62 union councils of Rawalpindi on a daily basis and transports it first to a transfer facility near the ladies park in Liaquat Bagh.

There, the trash is weighed and then dispatched to a dumping site along the GT Road. Several government offices, residential complexes, the sports complex, press club, and traffic passing on Murree Road has to endure the pungent smell of trash.

The company says that it currently gathers and transports around 850 tonnes of waste from the city to the dumping site every day, which it claims is around 90 per cent of the waste generated by the city.  The 10 per cent of trash that is left manifests itself in trash heaps in the lanes of the city.

Despite being apprised of the violation of basic rights, the district administration is not ready to take notice of it.