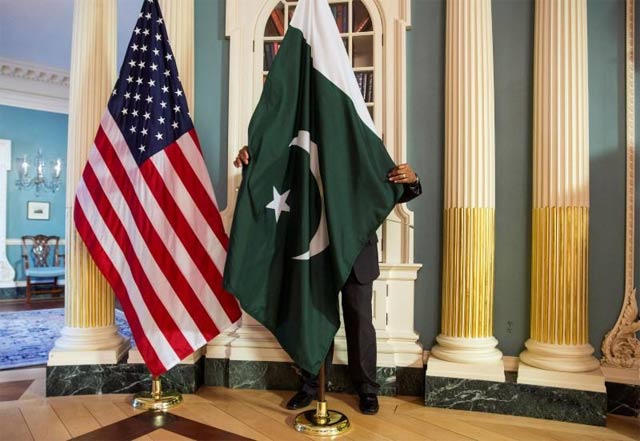 ISLAMABAD: A petition has been filed in the Islamabad High Court, seeking directives for the federal government to place the name of US Embassy’s Defence and Air Attaché Colonel Joseph Emmanuel Hall on the Exit Control List (ECL) till the conclusion of a case against him featuring the death of a person in a road accident.

The court is expected to take up the case today (Thursday).

A fast-moving Land Cruiser, driven by Col Hall, jumped the red light and hit a motorcycle carrying two men at the intersection of Margalla Road and 7th Avenue in Islamabad at around 3pm on Saturday. One of the men, Ateeq Mir, died on the spot while the other, Raheel Ahmed, got injured.

The petitioner Muhammad Idrees is the father of deceased Ateeq Mir. The father, employed as security guard at the Islamabad Model College for Girls, Saidpur, is also the complainant in FIR No 168/2018 against the American diplomat at the Kohsar police station.

The petitioner, through his counsel Mirza Shahzad Akbar and Umer Gilani, has approached the IHC and sought different directions for the respondents – the federal government through prime minister, interior secretary, Islamabad’s inspector general of police and chief commissioner, SHO Kohsar and Col Hall.

The petitioner has requested the court to direct the IGP, the chief commissioner and the SHO to ensure that fair and transparent investigation is conducted with regard to the allegations contained in the FIR to arrest the accused person unless they are satisfied that the arrest is not necessary.

He also requested that the investigation should be completed at the earliest and the police should submit the report before the court for disciplinary proceedings against the police officials responsible for the illegalities alleged in the petition.

The petitioner has also requested the court to direct the federal government and the secretary interior to ensure that the US diplomat is put on the ECL and remains there till the conclusion of the case against him.

He also prayed that the chief commissioner is directed to submit a report to the court regarding the investigation and the fate of similar incidents involving the death of Pakistani citizens by rash driving of foreign diplomats in Islamabad.

He added that Ahmed was hospitalised but had regained consciousness and provided eyewitness account of the accident that went against the US embassy official.

He said the video footage of the incident clearly showed that the petitioner’s son was killed on account of rash driving. “The accused also appeared to be heavily intoxicated,” he said referring to the bystanders at the time of the accident.

He said the police had made no sincere effort to conclude investigation as per the law and no efforts had been made to trace and arrest the accused who the police themselves allowed to escape from the accident scene on being informed that he was an employee of the UA embassy in Islamabad.

He mentioned a “clear and present danger” that the accused person who had committed heinous offences in Pakistan was trying to leave the borders of country in order to evade investigation by the police and trial under Pakistani laws.

The petitioner’s counsel said that allowing a foreigner belonging to a powerful country to flee Pakistan after having killed one of its citizens in broad daylight “is a symbolic violation of the principle of equality of all human beings which is the central pillar of the Constitution”.

He added that it clearly conveyed to all Pakistani citizens the impression that the “life of a Pakistani is not worth the same as that of a foreigner belonging to a powerful country”.

He said the conduct of the respondents could not be justified under the Diplomatic and Consular Privileges Act, 1972, adding that the principle of “diplomatic immunity” enshrined in the act “does not mean immunity from investigation”.