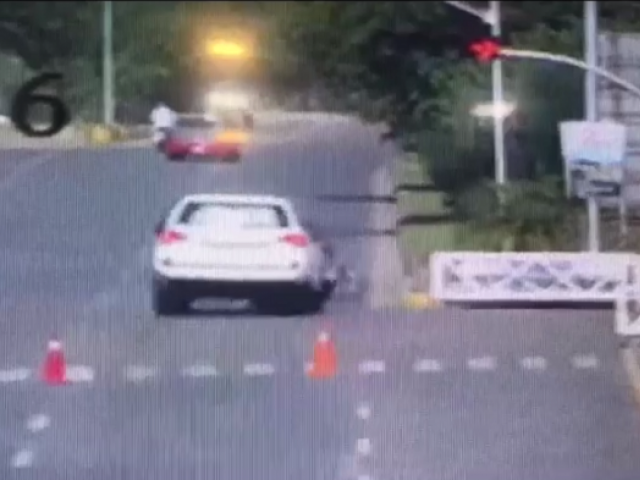 ISLAMABAD: Islamabad Capital Territory (ICT) police requested the Ministry of Interior on Monday to place the US military attaché’s name on the Exit Control List (ECL).

The request was made after the diplomat’s reckless driving killed a motorcyclist and injured another.

Col Joseph Emaneul Hall, who is the defence and air attaché at the US Embassy, was booked in a criminal case after he hit the two motorcyclists at Daman-e-Koh intersection on Saturday.

Although the diplomat was not detained because of his diplomatic immunity, the police are now proceeding to get his local driving licence revoked.

The capital police sent a letter to the Ministry of Interior, asking to include Mr Hall’s name in the Exit Control List (ECL). Another letter was sent to the Federal Investigation Agency (FIA) to place the US diplomat’s name on its Watch List.

“We have requested for including his name on the ECL so that we can arrest him if (and when) his diplomatic immunity is waived,” a police officer said, adding that the Foreign Office had also been requested to look if there was a way to bypass the diplomat’s immunity. However, the officer said it was highly unlikely that the diplomat’s name would be placed on ECL.

Sources said the diplomat could be allowed to leave Pakistan if the US Embassy assured his trial in the US for the offence. They said the most probable outcome could be payment of financial compensation to the victim’s family.

Asked whether the police checked if the driver was under the influence of any drug at the time, an officer said they could not take him for a medical test because for that they would have had to detain him which they were not authorised to do so under international law. “Our assessment is that he was sober at the time, as he was maintaining his line and also saved another motorcycle,” they said.

The officer, however, clarified that the deceased motorcyclist was wearing a helmet, contrary to some social media posts which claimed he was not.

The interior ministry is yet to respond on this account.

“The traffic signal was red but he broke it,” a senior police officer told The Express Tribune. Police said there were two youngsters on the motorcycle, one of whom died on the spot.

The deceased was identified as 22-year-old Ateeq Baig, a resident of Talhar village in the Margalla Hills.

The US diplomat was initially taken to Kohsar police station in F-7. Officials said Hall was alone in his vehicle.