Accord­ing to the weathe­r depart­ment, hot and dry weathe­r will be remain unchan­ged till Friday­
By News Desk
Published: April 11, 2018
Tweet Email 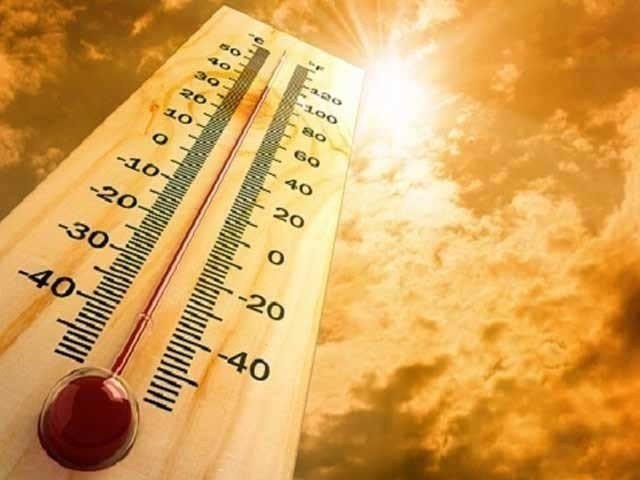 According to the weather department, the hot and dry weather will be remain unchanged till Friday PHOTO:EXPRESS

Karachi will witness yet another hot day with the temperature expected to hit a scorching high of 40 degrees Celsius.

The heatwave that has prevailed in Karachi in the past week has presented several hardships for the citizens and the Meteorological Office does not see the heat decreasing soon.

The Met Office reported that the temperature will escalate further reaching a blazing high of 40 degrees further intensifying the heat.

Earlier in the day, the temperature was recorded at 33 degrees Celsius at 10am.

According to the weather department, the hot and dry weather will remain unchanged till Friday.

On the other hand, increased load-shedding by K-Electric has further exacerbated the lives of citizens. Consequently, the purchase of ice and cold beverages has marginally increased.

On Tuesday the temperature was recorded wavering between a 38.5 degrees high and 26.5 degrees low, the Met office reported.