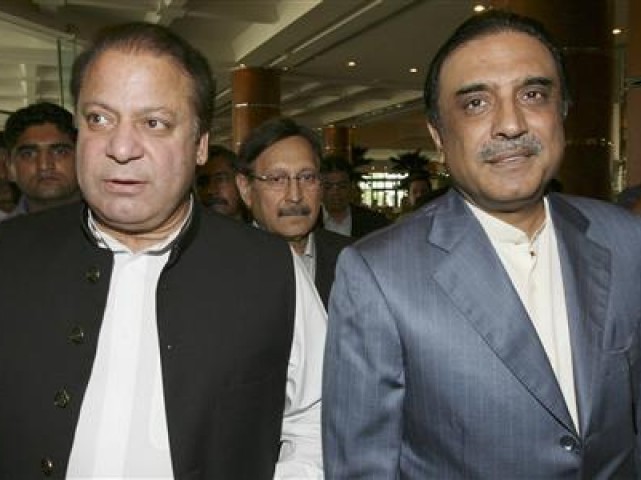 ISLAMABAD: The government has decided to bar all those holding any public office since January 2000 from availing the prime minister’s tax amnesty scheme in an attempt to address concerns that former heads of the government and state can avail the assets-whitening package.

The Pakistan Muslim League-Nawaz (PML-N) government has also decided to replicate the definition of ‘public office holder’ given in the National Accountability Ordinance, 1999 in the Foreign Assets Declaration Ordinance, which remained under drafting on Saturday. However, the government is still not ready to include the definition of politically exposed persons (PEPs) in the ordinance, according to sources.

“All those who have held public office since January 1, 2000 would be barred from availing the tax amnesty scheme,” said Adviser to PM on Finance Dr Miftah Ismail while talking to The Express Tribune.

The decision to declare public office holders ineligible for the amnesty scheme with effect from January 1, 2000 would exclude all those politicians who, in any manner, were the state functionaries and remained part of federal and provincial governments.

Former PM Nawaz Sharif, former president Asif Ali Zardar, former finance minister Ishaq Dar and former minister of industries Jehanghir Tareen cannot avail the tax amnesty scheme due to the federal government’s decision to exclude public office holders with effect from January 2000. But the children of these politicians can still avail the scheme as the NAB Ordinance definition does not cover them.

Prime Minister Shahid Khaqan Abbasi on Thursday announced the economic reform package, offering people to declare their hidden foreign assets by paying at the rate of 2% to 5% and local assets at 5%. The ordinance to give effect to the scheme was expected to be promulgated on Saturday but things remained fluid the whole day.

Objections of the Financial Action Task Force (FATF) to the tax amnesty scheme and resistance to a liberal definition of the ‘public office holder’ threw spanner in the works, forcing the government to delay the promulgation of the ordinance.

“The PM will give the necessary approvals on Sunday and after that the ordinance will be sent for promulgation to President Mamnoon Hussain,” said Ismail.

Shabbar Zaidi, senior partner of the chartered accountancy firm AF Ferguson, said, “The FATF’s concerns about the Foreign Declaration Assets Tax are unjust as it is not an amnesty but a one-time tax on declaration of offshore assets.”

A summary has been circulated among the cabinet members for their approval of the ordinance as no formal cabinet meeting was called till Saturday. From Monday, the Senate will be in session which would stop the promulgation of the ordinance.

The Pakistan Tehreek-e-Insaf (PTI) is fundamentally against the scheme even if the government declares public office holders ineligible for it, according to Asad Umar, the party’s MNA.

He said in such a scenario where the public officer holders became ineligible with effect from January 2000, politicians like Maryam Nawaz and Bilawal Bhutto would still be eligible to qualify for the scheme.

But the PML-N government has decided to exclude local bodies representatives from the definition of public office holder, to be given in the ordinance that is being worked on.

Ismail said the government had prepared a response to the FATF objections which would be sent next week. He said the proposed package should not be construed as an assets-whitening scheme.

“The FBR [Federal Board of Revenue] will have the right to ask questions if foreign remittances are in excess of $100,000 a year,” he said. “The dollars placed in locally opened Foreign Currency Accounts have also been hedged for a period of five years, which will discourage dollarisation of the economy.”

He said only the National Tax Number holder can open a Foreign Currency Account under the proposed package. “The most revolutionary step of the proposed package is the government’s right to acquire the properties at higher rates which will discourage the practice of under-declaration of asset,” he added.