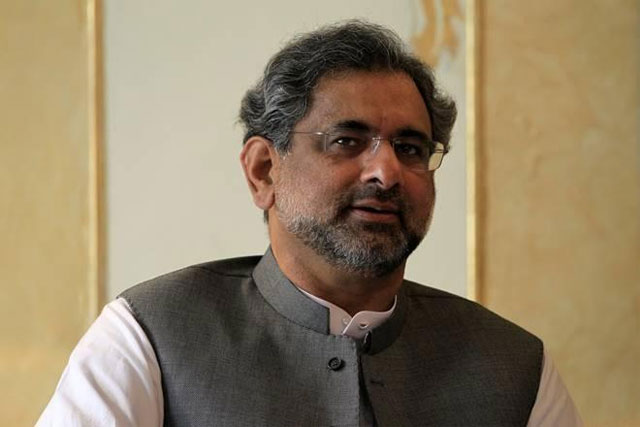 Pakistan will have to move swiftly from here to save the tax amnesty package that can help to broaden its extremely narrow tax base, currently comprising only 1.261 million income tax return filers.

The FATF has written a letter to Pakistan and raised concerns about the tax amnesty scheme, said sources in the Finance Ministry. They said there was some lapse on part of Pakistan, as it did not seek prior approval of the FATF of the amnesty package.

In February, the FATF plenary decided to place the country on the greylist from June. The FATF is the global standard setting body for anti-money laundering and combating the financing of terrorism.

The scheme also faces opposition from within the government, as the Federal Board of Revenue (FBR) has distanced itself from some components of the tax amnesty scheme, said the sources in the FBR.

The tax authorities have problems with giving amnesty on local assets and changes in tax structure for the realty sector, individuals and Association of Persons (AOPs). The PM did not invite the FBR top brass in the press conference in which the scheme was announced.

Adviser to PM on Finance Dr Miftah Ismail confirmed to The Express Tribune that the FATF has raised some issues with regard to the amnesty.

“There is nothing to worry about, as the legal team has assured me that the proposed package is in compliance with the global standards on anti-money laundering,” said Dr Ismail.

He said the prime minister has already announced that there will not be immunity from prosecution under the Anti-Money Laundering Act 2010 to those who would avail the scheme. Pakistan is required to submit an action plan to the FATF in May in order to be removed from the list in the coming month.

Once the FATF approves this action plan in June, there will be a formal announcement from the FATF about placing Pakistan on the greylist. If Pakistan fails to submit a plan, the FATF has the option of placing the country on its blacklist, which carries even more adverse implications.

On Friday, PM Abbasi announced the much-awaited tax amnesty scheme with an aim of broadening the tax net and offering wealthy Pakistanis to declare their hidden assets in Pakistan and abroad.

Pakistanis having offshore assets can bring them back by paying only 2% tax. However, in case of declaration of the foreign fixed asset only, tax applicability will be 3% while foreign liquid assets including cash, securities and bonds can be declared on 5% tax payment.

The PM also offered to legalise the hidden local assets at 5%. A major change has also been introduced in the realty sector tax rates. Against up to 4% withholding taxes and 3% differential rate on the FBR and the DC rated, the PM has asked to declare the property at 1% advance tax.

The government has attained a right to purchase the property at twice the declared price.

The sources in the FBR said the PM has announced the package in haste without doing proper homework. They said the FBR, the Finance Ministry and the Prime Minister’s Office were all in favour of the offshore tax amnesty scheme.

However, the FBR was not in favour of giving tax amnesty on domestic assets. The FBR also expressed serious reservations over the realty sector package and the decision to drastically cut the income tax rates for the individuals and the AOPs.

The FBR’s viewpoint was that the real estate was a provincial subject and the federal government cannot attain a right to acquire the property. Due to this constitutional issue, the tax amnesty scheme can be challenged in the court.

There was also no clarity which federal body would administer and acquire the properties if the property owner declares the value below the market price. “Risks were not quantified before announcing the reforms package,” said a source in the FBR.

On reducing the income tax rates, the FBR was of the view that it could lead to de-corporatisation in the country due to 50% difference in the AOPs and companies tax rates. The FBR’s other concern was that increasing the income tax exemption threshold by threefold would erode its tax base.

However, Dr Miftah Ismail said it was wrong to say that the government did not properly consult the FBR. He said at the end of the day, it is the responsibility of the elected leadership of the country to make policy decisions,

The FBR team on Friday met with Dr Ismail to give final touches to the tax amnesty ordinance. There were last-minute discussions on the definition of ‘public office holder’ for those who would not be entitled to avail the scheme, and treatment of local foreign currency accounts, the sources said.