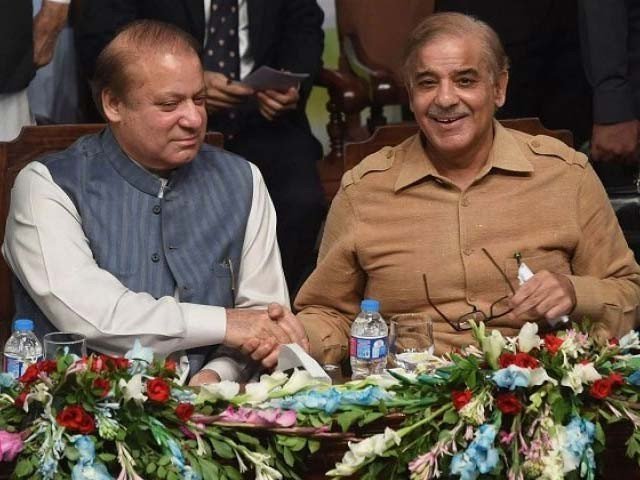 The meeting comes in the wake of a court in Lahore handed over the chief executive officer of a private construction company to the NAB on a one-day physical remand. PHOTO: EXPRESS

The Pakistan Muslim League-Nawaz (PML-N) is involved in a classic good cop, bad cop routine, with former prime minister Nawaz Sharif and his daughter Maryam Nawaz adopting an aggressive attitude towards the powers that be while the younger Sharif feigning a responsible politician.

A well-placed source in the ruling party confirmed to The Express Tribune that the difference of opinion between PML-N President Shehbaz Sharif and his brother does not affect the party’s policy line and “in fact, it is united on all issues”.

A provincial minister, who is close to the Punjab chief minister, said, “The party, including Shehbaz Sharif, strongly agrees with the narrative of Nawaz Sharif, but the reason for adopting a neutral stance by the Punjab government is to give a message to certain quarters that the party is still not on a reactionary mode and is ready to move ahead if democracy is allowed to flourish.”

“The party believes in good working relations with all state institutions and respects their constitutional mandate,” he added.

He said, “Backdoor efforts were, are and will continue to be made by the Punjab camp, led by Shehbaz Sharif to save the country from a power tussle between state institutions.”

The minister however refused to detail backdoor efforts being made at a patch-up, clarifying that the efforts were not for the PML-N but to save democracy in the country.

He said if Shehbaz also follows the same path being taken by his elder brother, then no one will be left to “bridge this ever-increasing chasm”.

He said, “If the country continues to drift in the same direction, then its results would be catastrophic.”

The minister said that Sharif was not on a reactionary mode. “He can wreak havoc on the anti-democratic forces with a mere five minutes speech.”

But he was holding back in the greater interest of the country, he added.

He said the PML-N was being pushed against the wall and “when we try to push back we are accused of doing the politics of confrontation”.

When asked if there was any confusion in the party due to the two very different party positions, he answered in the negative and said, “Internally, we all know where we stand.”

On Sunday, PML-N Chairman Raja Zafarul Haq had denied any difference of opinion in the party leadership.

He said the party has one narrative and that is to give respect to the vote.

A federal minister, who is close to the former prime minister, said the party on the whole was not aware of any such understanding between Nawaz and Shehbaz.

He, however, said, “One wouldn’t be surprised to know if if there was such a strategy in place.”

He; however, refused it to call a “good cop, bad cop routine”.

He said that political parties at the national level have to move ahead with several strategies to deal with tricky situations.