Throug­h the lenses of camera, it shows the eterna­l bond betwee­n human heart and nature­
By Our Correspondent
Published: April 4, 2018
Tweet Email 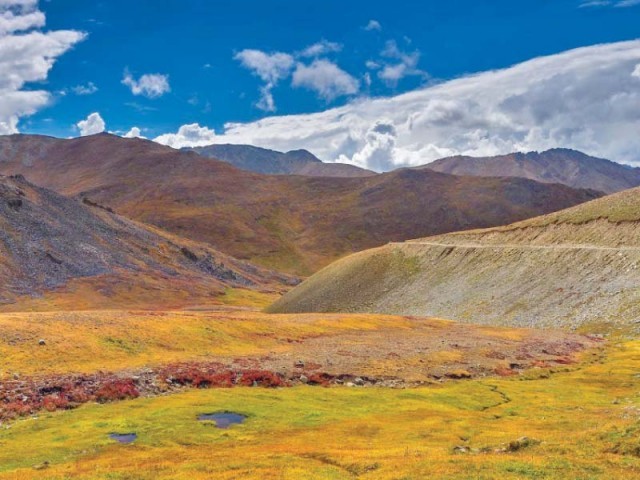 Through the lenses of camera, it shows the eternal bond between human heart and nature.

Sponsored by Engro foods, the book has been tagged as unending love story between one of the most beautiful plateaus and photographers Arif Amin and Ghulam Rasool.

There are extract in the book to tell the story behind those beautiful photographs to gasp the charms of nature captured through deft use of camera.

Colors of Deosai: A Wonderland of Pakistan

Minister of State for Information and Broadcasting Maryam Aurangzeb said it is time to win the War of Perception through projection of national beauty, cultural heritage and language.

“Such books could play the role of a catalyst in winning this war. Media has an important role in creating awareness for preservation of environment, bio diversity and rapidly changing panorama” she said.

She said the book aptly showcases the national beauty and it should be displayed at all foreign embassies along with all the airports within Pakistan.

“It is imperative to exhibit such beautiful books at national libraries, colleges and universities to apprise the youth about the beautiful landscape of the country. Pakistan has been unable to promote its bio diversity through screen tourism; however, this vacuum could be filled by promotion of national environmental beauty through books,” she added. 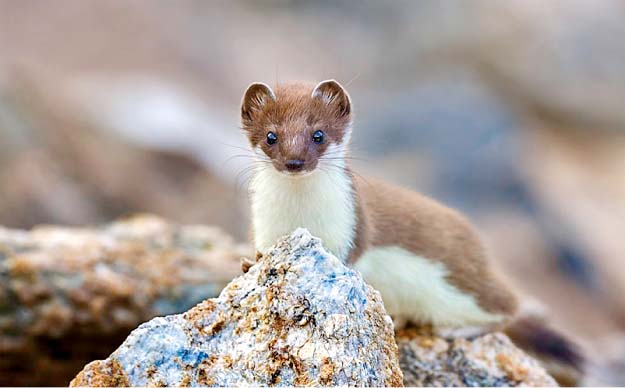 Minister commended the photographers Arif Amin and Ghulam Rasool for a tremendous job done through the camera lens and emphasized on the conservation of Deosai which has a vital role in eco system of Pakistan.

Netherland Ambassador Ardi Stoios Braken said: “I was given an opportunity to preview the book and I am amazed at the beauty of Deosai plains in the Gilgit Baltistan region of Pakistan. I commend the photographers for capturing the exquisite and vulnerable ecosystem. I hope to visit Deosai during my stay in Pakistan.”

On behalf of Engro Foods Limited, Ali Ahmed Khan Managing Director of the company said, “Under the Campaign ‘Colours of Pakistan’ we are proud to be launching our second book, Colours of Deosai.”

The first book was Birds of Pakistan and this is their continued effort through Colours of Deosai to depict their commitment for highlighting the beauty of the unique ecosystem and also drawing attention to the need of its preservation.

In their book, Arif Amin, quite eloquently, sums up how life works at Deosai. He writes’; “At times, Deosai is a flurry of activity, covered in green with a spattering of purple, pink, yellow, red and blue flowers, fluttering birds like Rose Finches, Gold Finches, Horned Larks and Citrine Wagtails, multicoloured butterflies and bubbling blue streams with silvery fish. At other times, it presents a regal and rustic look in shades of autumn from red to orange and yellow to brown, with majestic Golden Eagles, Himalayan Brown Bear, Golden Marmot and Red Foxes scurrying across the plateau to prepare for the coming winters, and finally presenting a serene peaceful look in all white, marked with a landscape of solemn brown and grey mountain peaks surrounding the plateau.”

Arif Amin already has “Birds of Pakistan” on his credit which is a majestic work about colourful and mysterious birds found in Pakistan.

Describing different aspect of human life and nature via camera is a kind of modern day poetry that uses lenses instead of words to elaborate eternal pact between human imagination and outside world. “In this book, we see this mysterious association at its best.

“While we experience the enchanting view of the valley, pictures of delicate butterflies fluttering everywhere catch our attention. Watching images of plentiful butterflies scattered across a vast array of flowers is simply a magical moment, Amin said.

There are pictures where shy earth bejewelled with its colourful landscape and magnanimous blue sky make a tryst on the far side of horizon.

Such images are not less valuable than romantic poetry. This meeting between the small planet earth with the dominating vast sky tickles the imagination. Only someone with the calibre of Warish Shah can narrate the complex and delicate details of such romantic meeting on a colossal level.