Army should not indulge in politics: Javed Hashmi

Army should not indulge in politics: Javed Hashmi 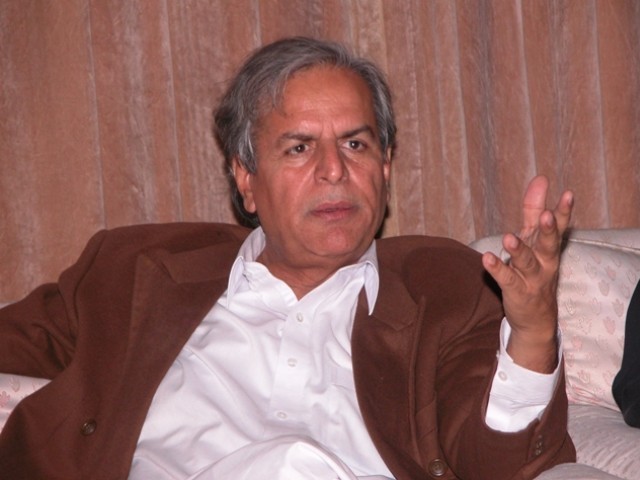 “Institutions should not be turned into political parties,” Hashmi said while talking to senior journalists at his residence.

Bitterly criticising the Bajwa Doctrine, the seasoned politician from southern Punjab said it was not the army chief’s business to give doctrines.

“Doctrines are given by philosophers,” he said, and posed a question, “Where on earth this doctrine of army has come from?”

“Protocol demands that the army chief should not speak on the issue of postponement of the general elections.”

Hashmi, while praising the army, said, “Pakistan Army is one of the most organised and mighty institutions in the country,” adding, “It can save the country from any ordeal.”

He said the army is the savior of the country, and added the institution should not indulge in politics. “I ask the army to go to their barracks and safeguard country’s borders.”

Hashmi claimed that some powers were trying to manipulate to delay the general elections.

“But they have to retreat under public pressure,” he said and added, “Now, the general elections will be held on time.”

He, however, cast doubt over the fairness of the general election, citing alleged rigging and manipulation in the Senate election, terming them a “trailer of the main movie”.

He said tactics applied in the Senate election would be repeated during the formation of the next government.

“The next government will be formed under the same pattern applied in the recently held Senate election.”

Hashmi also ruled out imposition of judicial or military martial law in the country, saying the “international situation is not supportive of any kind of martial law”.

“There is no room for imposition of judicial or any kind of martial law.”

He also deplored the political situation in Balochistan, saying, “It is very pathetic to see the biggest province always deprived of democracy.”

He said that the chief justice had made his meeting with the prime minister complicated.

“The chief justice should get his institution respected through his conversation,” he asserted.

He said whoever made the claims to end loadshedding have to answer the people now.