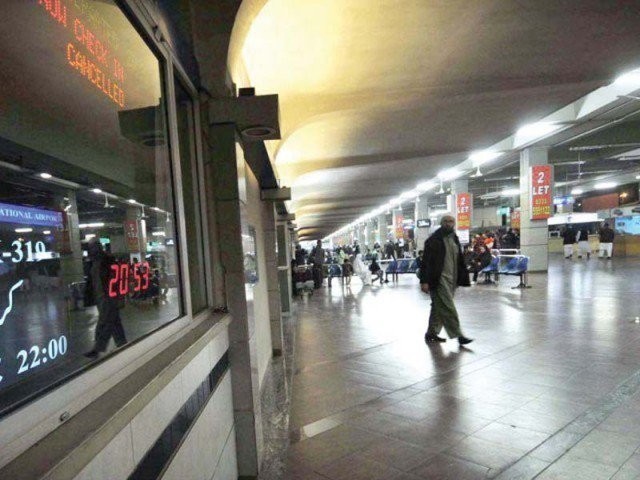 The accused, identified as Asif Khan, was en route to England from Islamabad airport. PHOTO: FILE

A British national was arrested at the Benazir International Airport in Islamabad for attempting to smuggle heroin outside the country, Express News reported on Sunday.

The Airport Security Force (ASF) foiled the smuggling bid and took the suspect into custody.

According to ASF authorities, the accused, identified as Asif Khan, was en route to England on flight PK 785. During a search, 1.75kg of heroin was found in his shoes. The drugs were recovered and the accused was handed over to Anti Narcotics Force.

On January 29, customs officials at the Islamabad airport arrested a man who was trying to smuggle drugs worth almost Rs15 million to Sharjah. The man, identified by customs officials as Kennedy Brian, a resident of Lahore, was carrying 1,635 grammes of drugs in his shoes.

On January 10, a foreign woman was taken into custody at the Allama Iqbal International Airport in Lahore after she attempted to smuggle 9kg of heroin.

Czech woman, identified as 21-year-old Teresa, was able to cross two security checks despite ‘stringent’ controls in place. She was en route to the United Arab Emirates.