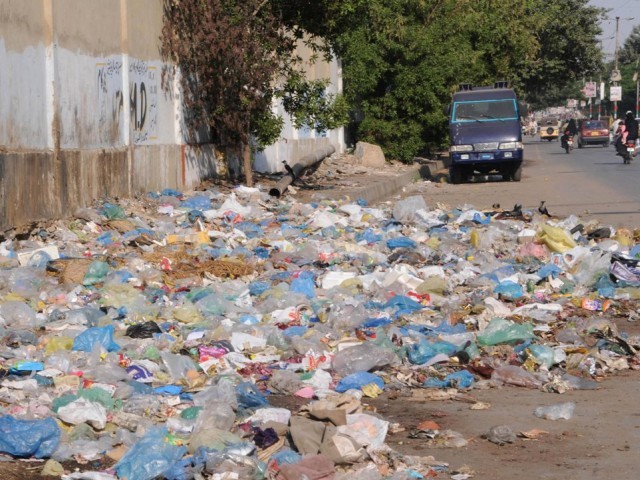 The judicial commission ordered on Friday the managing director of the Sindh Solid Waste Management Board (SSWMB) to ensure all solid waste is immediately removed from across the city through privately-hired firms, the district municipal corporations (DMCs) and the cantonment boards.

While heading a Supreme Court-appointed judicial commission investigating water and sanitation conditions across the province, Justice (retd) Amir Hani Muslim ordered that the heaps of garbage all over Karachi be cleaned and cleared.

Likewise, the commission ordered that the DMCs, which had not negotiated with the solid waste management board, will ensure that the heaps of garage in districts Korangi and Central would be cleaned.

It further ordered that regular vigilance should be maintained by the heads of the solid waste management and cantonment boards in the city.

The commission said the deputy commissioners would have the supervising role within their respective districts whether they fall within the cantonment areas or the local municipalities.

These directives were passed on Friday with the consent of all officials present during the proceedings, which were adjourned till April 5.

It also heard the representatives of the contractor of districts Malir and West and DMCs of Malir and Central districts.

The contractor of the Malir and West districts raised the issue of security of the staff. The commission said this issue would be decided in the presence of the SSWMB director-general (DG).

The commission took serious exception to the absence of the contractor of Malir and West districts. Therefore, it ordered that no amount should be released to the said contractor in any form till further orders.

The commission ordered that the matter would be taken up and resolved in the presence of the LG secretary, SSWMB DG and the contractor on April 5.