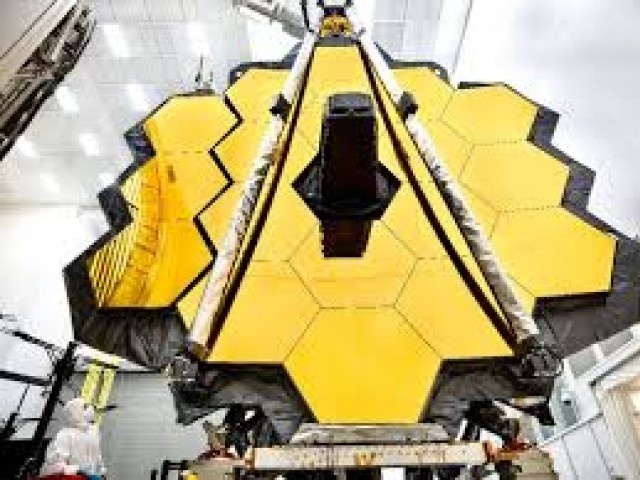 WASHINGTON DC: The launch of NASA’s next giant space telescope has been delayed until at least May 2020, the US space agency said Tuesday, in the latest setback for the much-anticipated project.

The James Webb Space Telescope – which NASA has long expected to replace the fabled Hubble – was initially meant to go into service this year but has faced multiple hitches.

The Webb telescope will be the most powerful ever built – about 100 times more sensitive than Hubble – and is to be deployed on a mission to give astronomers an unprecedented glimpse at the first galaxies that formed in the early universe.

The highly-anticipated equipment “currently is undergoing final integration and test phases that will require more time to ensure a successful mission,” NASA said in a statement.

NASA said that once a new launch date was finalised, it would “provide a cost estimate that may exceed the projected $8 billion development cost.”

But the prospect of the program’s going over its already high budget could create more headaches on the path ahead.

The project, a joint endeavor with the European and Canadian space agencies, has already drawn scrutiny from lawmakers for its ballooning costs, given that its initial estimated budget was $3.5 billion.

An independent review board will assess the mission and report back later this year on what needs to be done — and likely how much it will cost. NASA must then provide an update to Congress.

“Considering the investment NASA and our international partners have made, we want to proceed systematically through these last tests, with the additional time necessary, to be ready for a May 2020 launch,” said Thomas Zurbuchen, associate administrator for NASA’s Science Mission Directorate.

It will carry four instruments, including cameras and spectrometers that can capture extremely faint signals.

Infra-red capability will help it observe distant celestial bodies, and its camera shutter will be able to remain open for long periods, NASA has said.

Uber in deal with NASA to build flying taxi software

NASA said the telescope will “next undergo environmental testing, subjecting it to the vibrational, acoustic and thermal environments it will experience during its launch and operations,” a process lasting a few months.

“Engineers then will integrate and test the fully assembled observatory and verify all components work together properly,” the space agency said.

The James Webb telescope is named after NASA’s second administrator, in office from 1961 to 1968. It will be launched aboard an Ariane-5 rocket from French Guiana.